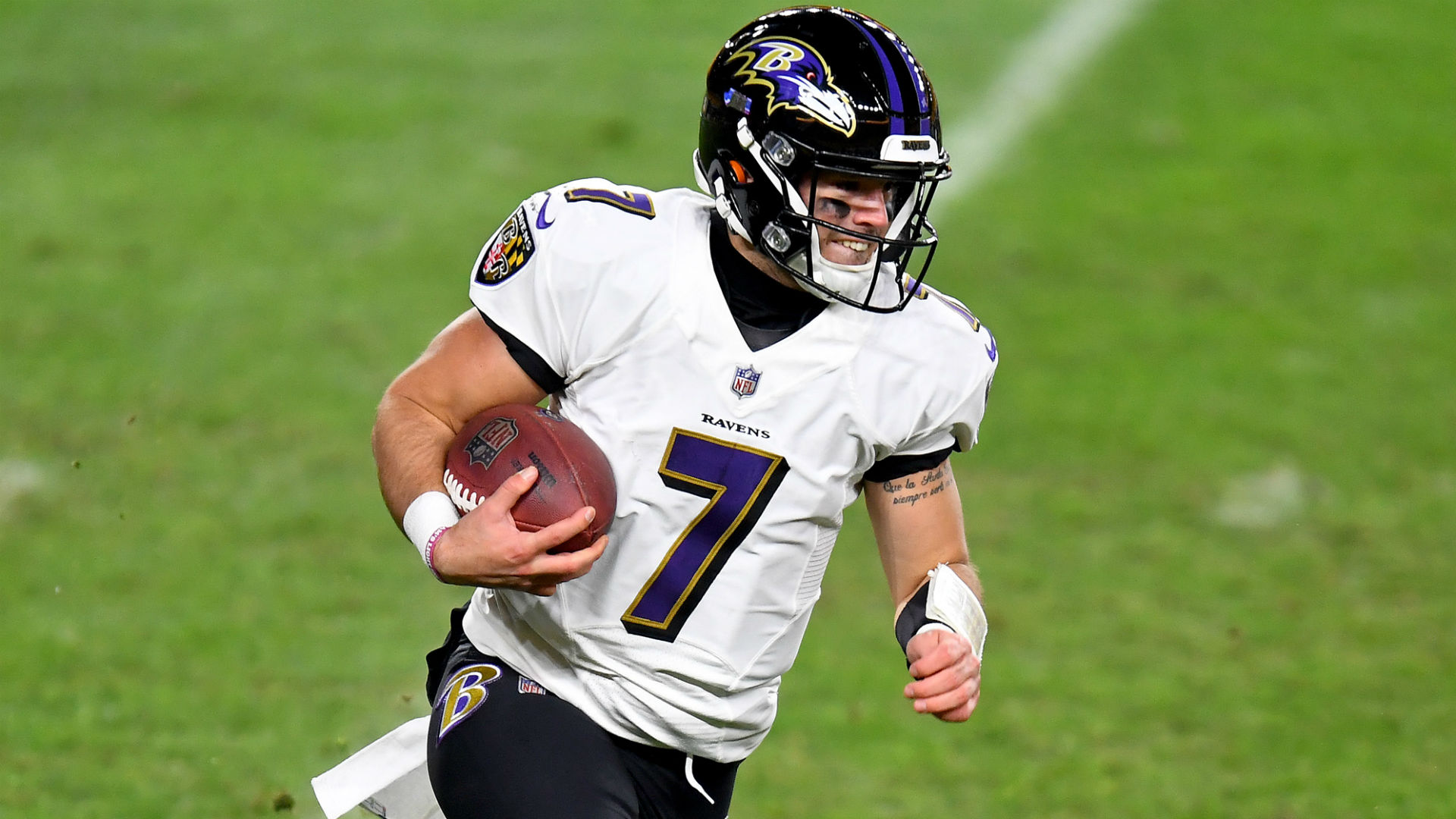 Trace McSorley could be set to start for the Ravens in Week 13 after fellow quarterback Robert Griffin III was placed on injured reserve on Friday.

Griffin suffered a hamstring injury during the first half of the team’s 19-14 defeat to the Steelers on Wednesday, though he remained in the game until the fourth quarter of the contest.

McSorley eventually replaced him, going on to team up with Marquise Brown on a 70-yard touchdown pass that gave depleted Baltimore a late glimmer of hope. It was one of two completed passes out of six attempts for the 25-year-old, who was a sixth-round pick in the 2019 NFL Draft out of Penn State.

Now McSorley is the only quarterback left on the 53-man roster ahead of the game with the Cowboys.

Starter Lamar Jackson remains on the Reserve/COVID-19 list having reportedly tested positive for the coronavirus, though the reigning NFL MVP could yet be available in time to play Tuesday.

Running back J.K. Dobbins, outside linebacker Pernell McPhee and offensive linemen Patrick Mekari and Matt Skura have all been activated from the list, however, boosting Baltimore as it bids to get its season back on track.

The Ravens have lost four of their previous five outings to own a 6-5 record, leaving them behind the unbeaten Steelers and the 8-3 Browns in the AFC North.

Next up is Dallas, whose defense has given up an average of 382 yards to opposing teams this season, including a league-high 156.4 yards on the ground.