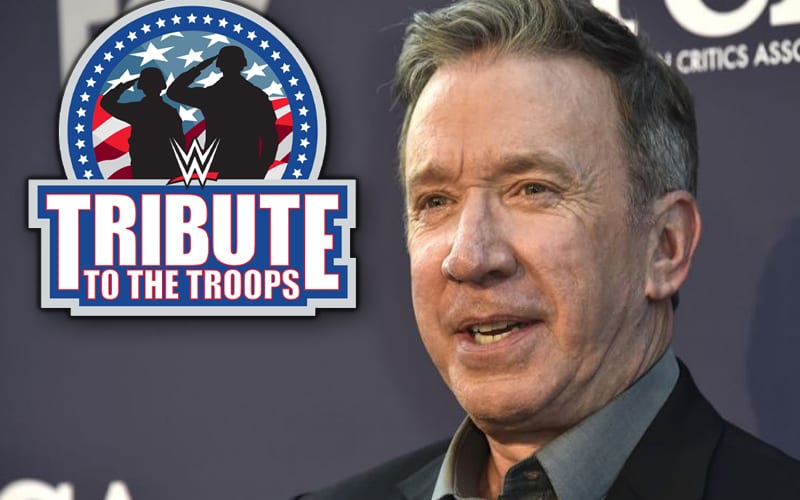 WWE Tribute To The Troops is coming back this Sunday on FOX. They plan on having more than just wrestling during the star-studded event.

The company has announced that Rob Gronkowski, Drew Brees, Joel McHale, and Tim Allen will be on the broadcast. FOX Sports’ Troy Aikman, Erin Andrews, Tony Gonzalez, and Michael Strahan will also join the show.

Ringside News exclusively reported that Tribute To The Troops was recorded prior to SmackDown today. It was a very long day at the ThunderDome which will conclude with tonight’s episode of Friday Night SmackDown.

Drew McIntyre vs. The Miz