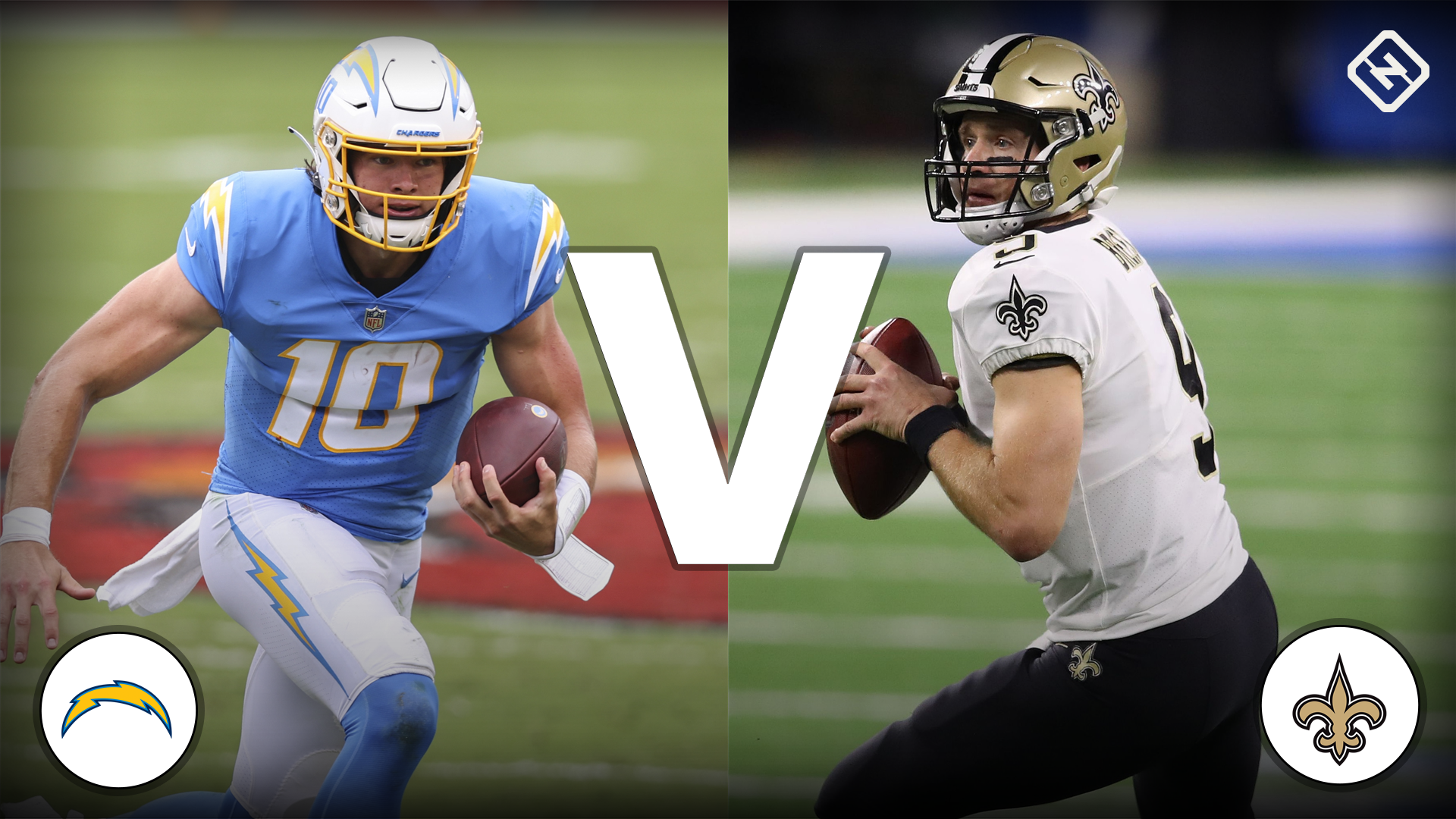 Both teams in the Week 5 “Monday Night Football” matchup will be looking to turn things around.

The Saints (2-2) have looked sharp at times and flat in others. A lot of that is due to the play of veteran quarterback Drew Brees, who seems to be losing a step in the 15th season of his Hall-of-Fame career. Through four games, he has completed an impressive 71.3 percent of his passes for 1,006 yards (251.5 yards per game), eight touchdowns and two interceptions; that’s not a bad line at all, but it’s a noticeable dip from the numbers he has produced in past years.

The Chargers (1-3) have looked electric at times with rookie quarterback Justin Herbert. Herbert has thrown for 931 yards in his first three starts, good for second among rookies in NFL history (behind only Cam Newton’s 1,012 passing yards in 2011). The rookie quarterback has played a huge role in keeping games close, but the Chargers just haven’t been able to close out games. All three losses were one-score games, so don’t be surprised if this one winds up being another close affair.

Sporting News is tracking live scoring updates and highlights from Saints vs. Chargers on “Monday Night Football.” Follow below for complete results from the NFL Week 5 game.

8:57 p.m. — Chargers would have went three and out, but a roughing the kicker call gives LA an automatic first down, ball at its own 36-yard line with 13:00 left in the first half.

8:52 p.m. — END OF 1Q: Chargers 6, Saints 3. Will Lutz hits a 48-yard field goal as time expires to put New Orleans on the board. LA will receive the kickoff to start the quarter.

8:33 p.m. — TOUCHDOWN CHARGERS. Herbert roles out to his right and throws it on the run to Keenan Allen for a 17-yard score. Michael Badgely misses his first PAT of the season and the Chargers lead 6-0 with 6:26 left in the first quarter.

8:24 p.m. — Disappointing drive for the Saints as they have to punt. A touchback gives the Chargers the ball at their 20-yard line, 11:05 left in the opening period.

8:15 p.m. — The Saints kick things off and Justin Herbet will lead the Chargers out for the first drive of the game.

All “Monday Night Football” games in 2020 have the same start time of 8:15 p.m. ET. There are Monday night games scheduled for every week of the season except Week 17, though the NFL has the ability to flex a game into a Week 17 “MNF” window.

A total of 17 games are on the “Monday Night Football” schedule in 2020. That includes the two games in the Week 1 doubleheader and no Monday night game in Week 17.

Below is the complete schedule of Monday night games this year.