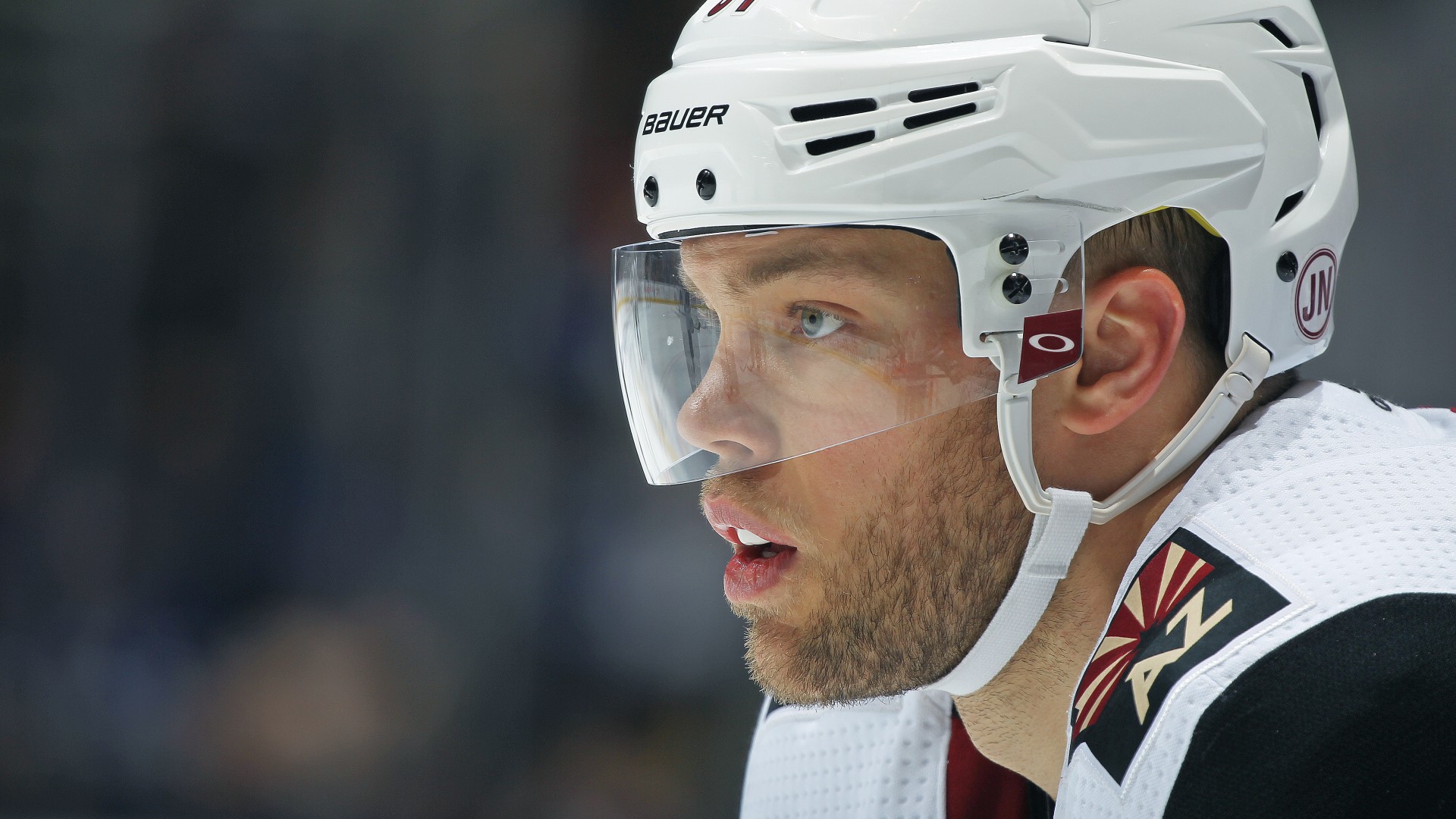 Taylor Hall certainly knows how to make an entrance.

The day after he inked a one-year, $8 million contract with the Sabres, the winger recorded a message for his new fans.

“Buffalo, Taylor Hall here. It’s been a crazy past couple of days for me but can’t tell you how excited I am to be a Buffalo Sabre,” he said. “Hopefully, I get the chance to play in front of you great fans sometime soon.

“I was going to smash into a fold-up table for my intro but it’s probably safest if I don’t. Hopefully, we get back to playing hockey again sometime soon, but until then, go, Bills.”

Ah, yes, Bills Mafia, the cult of Bills fans infamous for throwing their bodies into folding tables. Why? Not sure. But while Sabres fans may have loved the hat tip to their favorite team, they’re even happier he didn’t partake in the ritual.

MORE: Sabres lure Hall to team up with Jack Eichel, who had made frustrations known

Fans of the blue and gold are also just happy that the 2018 Hart Trophy winner opted to join their squad. It was a bit of a surprise to many when the announcement came down Sunday night.

“When I sat down with my agent [Darren Ferris] and I talked to my dad and people close to me, it started making more and more sense,” Hall said on a Zoom call Monday with reporters. “I think when you break it down and you have an open mind about things and you’re able to maybe look past the smoke that has surrounded the Sabres the past couple years, I think you see a team that has elite players, ownership that’s really committed to building a winner — I’ve seen what they’ve done with the Bills — and a coach that I feel can get a lot out of his players.

“On a one-year contract, I think both sides are eager to see how this works out and there’s obviously a lot of possibilities for the future.”

The future is wide open for Hall, who said other teams offered him multiyear deals but felt Buffalo was the right spot for him. As he noted from his offseason home in Toronto, it’s close to his parents and the uncertainty of the season, and the world, also impacted his decision. Throw in a reunion with Sabres head coach Ralph Krueger, who coached him for three years — one as a head coach, which Hall called “probably my most successful year even though it was shortened, other than my MVP year” — in Edmonton and playing with Jack Eichel and the decision was a gimmie.

“There’s no doubt about it that [Eichel] being there is a big reason why I chose Buffalo,” Hall said. “He’s an amazing hockey player. I think that he took a great step last year. Now it’s about: Can we find a way to get him in the playoffs and really produce on a stage that I feel that he deserves?

“I’m excited to get on the ice with him. Hopefully we can, along with everyone else on the team, have a good year and take a step individually and as a team.”

Of course, Krueger is just as excited about the prospect of the pair playing together.

“You have to be excited when you think of two elite forwards of that caliber attacking the opposition with the system that we have. It will be lethal,” Krueger said Monday.

Hall is aware that he needs to have a big year after a disappointing 2019-20 campaign. He noted that he came off knee surgery in 2019 and that it ended up impacting his season more than he thought it would. He potted 52 points in 65 games between the Devils and Coyotes.

But now, the 28-year-old Calgarian is focused on the future.

“I can’t sit here and complain,” he said on Thanksgiving in Canada. “I signed a . . . I’m playing hockey next year and my salary’s $8 million. I don’t have a lot to complain about.”