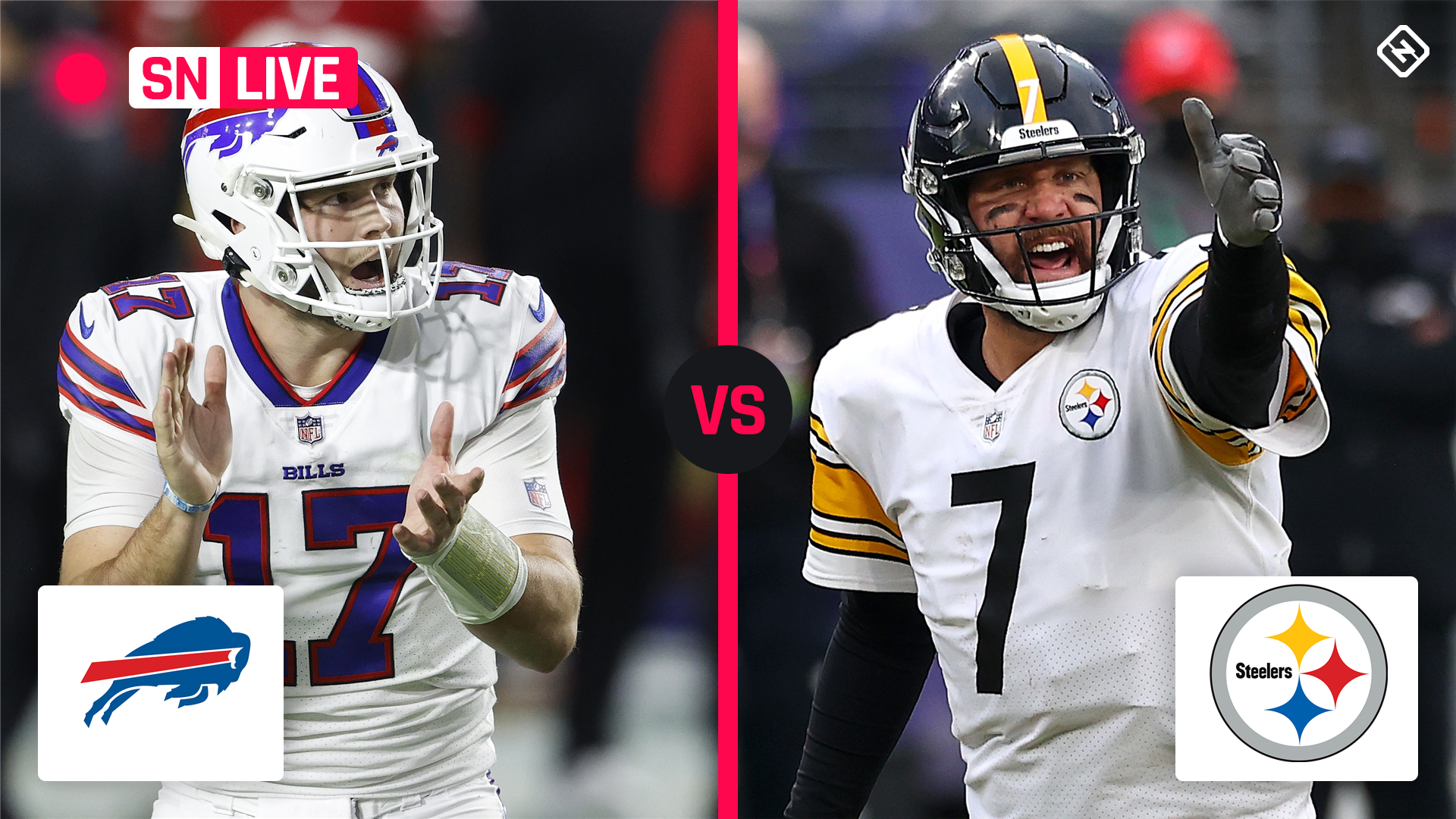 A lot is riding on the Week 14 “Sunday Night Football” matchup between the Steelers and the Bills.

The Steelers (11-1) are coming off their first loss of the season, a 23-17 defeat to the Washington Football Team. They’ve already clinched a postseason berth but don’t want that loss to lead to a downward spiral ahead of the playoffs. It will be tough to avoid that on Sunday, though, because the defense has taken some big hits; starting linebackers Bud Dupree and Devin Bush are out for the season and Bush’s replacement, Robert Spillane, is also unavailable this week. Pittsburgh is also still in contention for the top seed in the AFC and a first-round bye in the playoffs; if the Steelers win out, they’d hold the tiebreaker over the Chiefs with an undefeated record against conference opponents.

Having to go up against Josh Allen and the AFC East-leading Bills (9-3) doesn’t make things any easier. Allen is coming off another great performance in Week 13 against the 49ers in which he threw for 375 yards and four touchdowns. With a win, Buffalo would move to just one game behind Pittsburgh for the No. 2 seed in the AFC.

Sporting News is tracking live scoring updates and highlights from Steelers vs. Bills on “Sunday Night Football.” Follow below for complete results from the NFL Week 14 game.

10:08 p.m. — Bills receive to start the second half. Andre Roberts returns it to the Buffalo 37-yard line.

9:53 p.m. — TOUCHDOWN, BILLS. Huge swing in momentum to end the half for Buffalo as Taron Johnson comes up with the pick-six. Bass misses the PAT, but the Bills lead 9-7 with 52 seconds remaining in the half.

lo finally gets on the board with a 34-yard field goal from Tyler Bass. Pittsburgh leads 7-3 with 1:42 remaining in the first half.

9:29 p.m. — Bills punt. Allen has been under all kinds of pressure. Fumbled it on first down but Buffalo was able to recover to prevent another costly turnover. Pittsburgh takes over at its 27-yard line, 6:37 remaining in the half.

9:23 p.m. — TOUCHDOWN, STEELERS. Roethlisberger capitalizes on the turnover with a 19-yard strike to James Washington in the end zone. Pittsburgh leads 7-0 with 8:21 left to play in the first half.

9:20 p.m. — INTERCEPTION? FUMBLE? TURNOVER! — Allen throws it to Dawson Knox, who seems to catch it but has it knocked loose and up into the air. Cam Sutton grabs it for the turnover and Pittsburgh takes over at the Buffalo 30-yard line, 9:36 left in the second quarter.

9:14 p.m. — Steelers punt. A couple of first downs this time for Pittsburgh, but still no points. Bills take over at their 9-yard line, 11:44 remaining in the first half.

9:08 p.m. — Bills punt. Looked like Allen might have fumbled before getting off the pass. It’s ruled an incompletion though, Steelers get the ball at their 20-yard line with 14:14 left in the second quarter.

8:57 p.m. — Steelers punt. Drink. That’s six punts and an interception to start the game for both offenses. Bills get the ball back at their 14-yard line, 2:12 left in the first quarter.

8:50 p.m. — Bills punt. Another three and out for Buffalo. Slow game so far, Steelers get the ball back at their 23-yard line with 6:15 remaining in the first quarter.

8:46 p.m. — Steelers punt. Well, that didn’t last long. Another three and out for Pittsburgh and the Bills get it back at their 32-yard line, 7:44 left to play in the first quarter.

8:43 p.m. — INTERCEPTION. Josh Allen throws it up under pressure from Cam Heyward and Mike Hilton comes up with the easy pick. Pittsburgh takes over at its 27-yard line, 9:22 remaining in the first quarter.

8:20 p.m. — Bills win the toss. They’ll defer and Pittsburgh gets the ball to start the game.