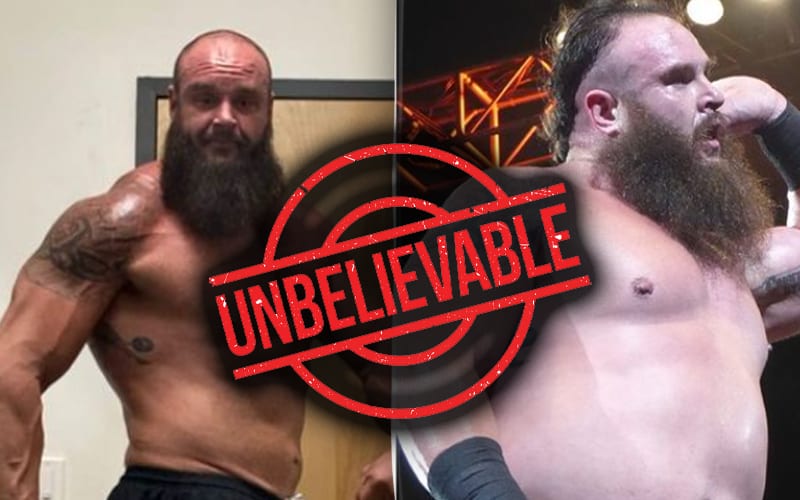 Braun Strowman’s WWE character has going through a lot. His look has changed a significant amount as well. He recently wanted to show off so he dropped a side-by-side comparison.

Strowman is currently out of action with an injury. He will likely be back soon, because he did not require surgery. He really wants to make a return, and he’s likely itching to start giving out his hands again.

“Just gonna leave this here!!!” Braun Strowman tweeted out along with two photos of himself. The most recent photo really shows how much hard work Strowman has put into his physical change.

The Monster Among Men is a chiseled beast at this point. Hopefully, he’s using this down time to rest up because odds are Vince McMahon will want to use him as much as possible when he’s healthy again.