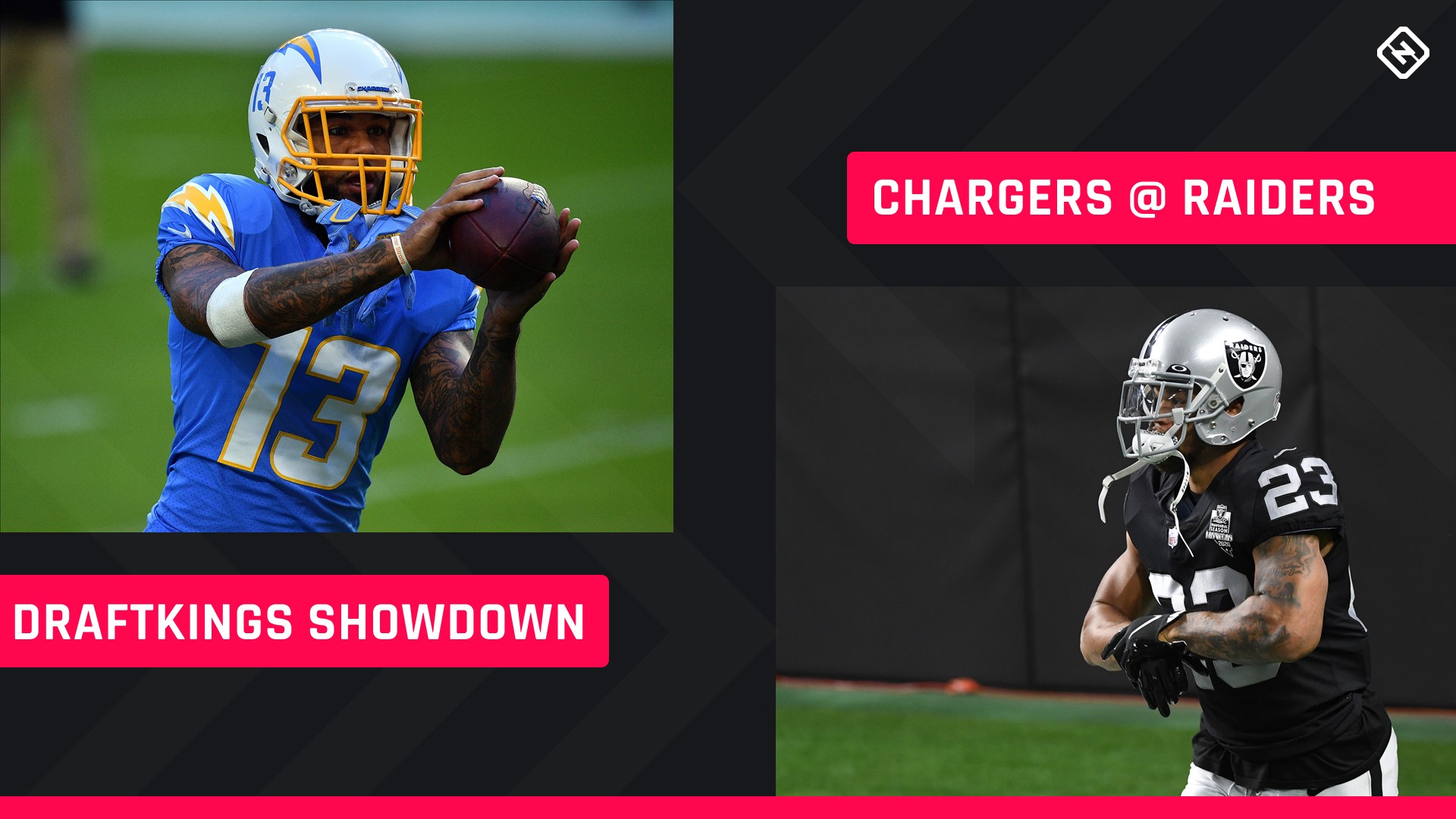 Raiders vs. Chargers isn’t the most high-profile of Thursday Night Football matchups, but it’s the hand we’re dealt to open up Week 15. At least we can count on it being semi-watchable thanks to solid quarterbacks and running games. We haven’t invested heavily in the rushing attacks in our DraftKings Showdown lineup, instead choosing to pay up for both Justin Herbert and Derek Carr.

Keenan Allen is our captain thanks to his Davante Adams-lite level of production in DK’s PPR scoring. To do that, we’ve played backup running backs from both teams, a strategy we’ve never used before and might never use again but somehow feels OK in this game.

Allen is one of the best receivers in football, and the last time these teams met, he had nine catches for 103 yards and a touchdown. He’s caught touchdowns in six of his past seven games and is Justin Herbert’s top target. In the PPR format on DK, he’s an awesome captain option to save a little bit on Herbert’s price.

Herbert threw for 326 yards and two scores the first time these teams played, and while he’s struggled a bit of late, the Las Vegas secondary won’t cause him any issues. If we’re going to play an L.A. receiver as our captain, it only makes sense to stack with his QB.

Carr has shown a lot of growth this season, and the Raiders have also shown an increased willingness to trust him as a passer. He’s thrown for more than 300 yards with multiple touchdowns each of the past two weeks, and although he wasn’t huge the first time against the Chargers, that was because of low pass volume. Carr will move the ball through the air Thursday.

When I’ve occasionally put together Raiders Showdown lineups throughout the season for early-slate games, I’ve always avoided Agholor, and he’s burned me each time. He doesn’t have big games every week, but he’s more consistent than the other WRs on offer from Vegas. He did score the first time these teams faced off, as well.

Ballage has gotten a lot of hate from the SN Fantasy staff the last couple years, but he’s shown increased burst with the Chargers. Playing a backup running back is always a tricky proposition, but Ballage has seen eight or more touches each of the past two weeks, so he has somewhat of a floor built in at a low price.

Booker’s price should probably be flopped with Ballage’s, but we’ll take both. The first time the Raiders played L.A., Booker topped 60 yards with a touchdown, and Josh Jacobs could play less this time while dealing with an ankle injury. Booker should see enough touches to be solid at a cheap price.