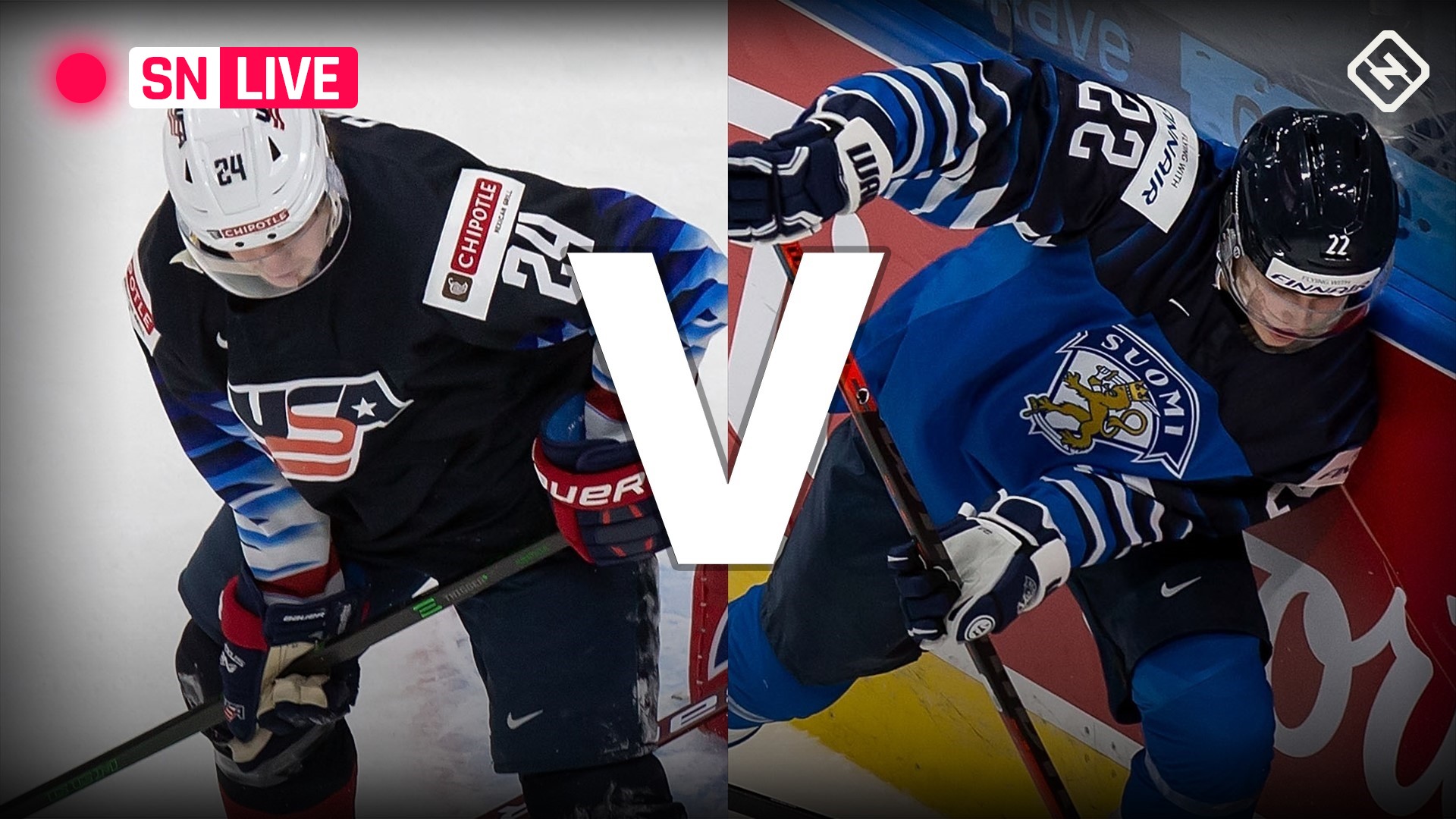 As the old saying goes: “What’s old is new again.”

Like Monday’s first World Junior Championship semifinal, which saw Canada and Russia battle for a spot in the gold-medal game, United States-Finland is a rivalry with history. Two years ago, the Finns bested the Americans in the gold-medal game when now-Rangers forward Kaapo Kakko netted the go-ahead goal with 1:26 on the clock. Last year, Finland pitched a shutout to send the Americans home in the quarterfinals and dash their hopes of a fifth straight year with a medal.

“I would imagine the guys that played in the tournament last year might have a chip on their shoulder about it. And certainly, we hope to use that to our advantage,” USA head coach Nick Leaman said Monday afternoon.

The United States comes into the game off a quarterfinal win Saturday night over Slovakia. While the final score was 5-2, it was close until John Farinacci scored his second goal of the game, a beauty of a backhand wraparound, in the third. Matthew Beniers iced it with an empty-netter.

Trevor Zegras chipped in two assists and retook the tournament scoring lead from Canada’s Dylan Cozens at 15 points (Cozens passed him Monday in Canada’s semifinal victory). That total also moves him up the U.S. single-tournament list, tying him with Hall of Famer Mike Modano (1989). Zegras now has nine assists, matching his number (and point total) from last year and putting him one point behind Jeremy Roenick for second on USA Hockey’s career World Juniors points list.

Knight was solid in net once again as he stoned the Slovaks on an uncomfortable number of shots from the slot. The Slovaks’ first goal, by Matej Kaslik late in the second period, ended the Americans’ shutout streak at a World Juniors-record 218:53. Knight and Dustin Wolf combined for 245:07 of shutout time with a goalie in the net. Knight will be back between the pipes for the U.S. against Finland.

Also back will be Patrick Moynihan, who missed his second consecutive game Saturday with an injury. The Devils prospect took a late, high (and, many would say, dirty) hit against Austria (the player was suspended two games for the hit) and was knocked around against the Czechs. He’ll be a welcome addition to the lineup as the Americans take on a strong Finnish team led by Lundell (seven points) and an impressive core of Topi Niemela (a Leafs prospect who also has seven points), Jets prospect Heinola and Hatakka. The Americans did beat Finland 3-2 in their lone tournament tune-up.

“I don’t think it’s a different team,” said Leaman, who mentioned his team watched the New Year’s Eve Canada-Finland game and noted Canada plays a similar style to the Americans. “I certainly went back and watched that game [Sunday] and I’ve watched a couple of their other games, but teams grow throughout the tournament. You play four games in seven days and you’re going to get better; hopefully, your weaknesses aren’t going to be quite as weak.”

In that exhibition game, the teams traded power-play goals before Cole Caufield potted two. Finland enters comes into this matchup off a come-from-behind, last-minute win over Scandinavian rival Sweden.

Sporting News has all the action as the United States and Finland battle for a spot in the gold-medal game against Canada.

11:00 p.m. — Americans control play for most of the final two minutes and well after but can’t add another.

10:56 p.m. — PP GOAL. Cole Caufield quickly to Trevor Zegras in the high slot and puts in on the stick of Matthew Boldy for the redirect goal. USA leads 3-1.

10:54 p.m. — Finland takes a double-minor just seconds after the goal and the Americans, who have the best power play in the tournament (Finns No. 2) will go to work.

10:53 p.m. — GOAL. Finns completely lose track of John Farinacci and he sneaks behind the defense, breaks in and scores. USA leads 2-1.

10:49 p.m. — Spencer Knight reads the play so well and stops a one-timer from the left circle by Kasper Puutio.

10:46 p.m. — Another American penalty. Finland is 1-for-2 with the man advantage. U.S. head coach Nate Leaman wanted his guys to be disciplined and so far that hasn’t happened.

10:43 p.m. — John Farinacci creates a 2-on-1 but is stopped on his shot from the left circle by the edge of the far arm of Kari Piiroinen. Great shot by Farinacci.

10:40 p.m. — Americans starting to buzz and get some offensive zone time.

10:35 p.m. — Americans with some good D as the Finns streak in. Then the U.S. goes the other way and again good defense from the Finns. Teams also traded non-calls.

10:11 p.m. — Penalty killed, but just seconds later Spencer Knight makes a pad save and then a blocker save on a floater.

10:03 p.m. — PP GOAL. And just like that, it’s a tie game. What a pretty passing play: Ville Heinola to Anton Lundell to Kasper Simontaival, who finishes into the empty net as Spencer Knight can’t get across. Game tied 1-1.

10:02 p.m. — Not a great time to take a penalty. Sam Colangelo called for slashing. Finland has a great power play.

10 p.m. — GOAL. Arthur Kaliyev gets the puck to the front and Alex Turcotte is able to outmuscle the defenseman to bury it past Kari Piiroinen, who was slightly out of position. USA leads 1-0.

9:59 p.m. — Americans break out and Alex Turcotte hits the trailer in the slot but the shot is stopped.

9:43 p.m. — Finland gets a few shots that Spencer Knight easily eats up.

9:38 p.m. — Just 26 seconds in, Matthew Beniers steals the puck and Cole Caufield has a point-blank chance. Like Canada, the U.S. comes out hard.