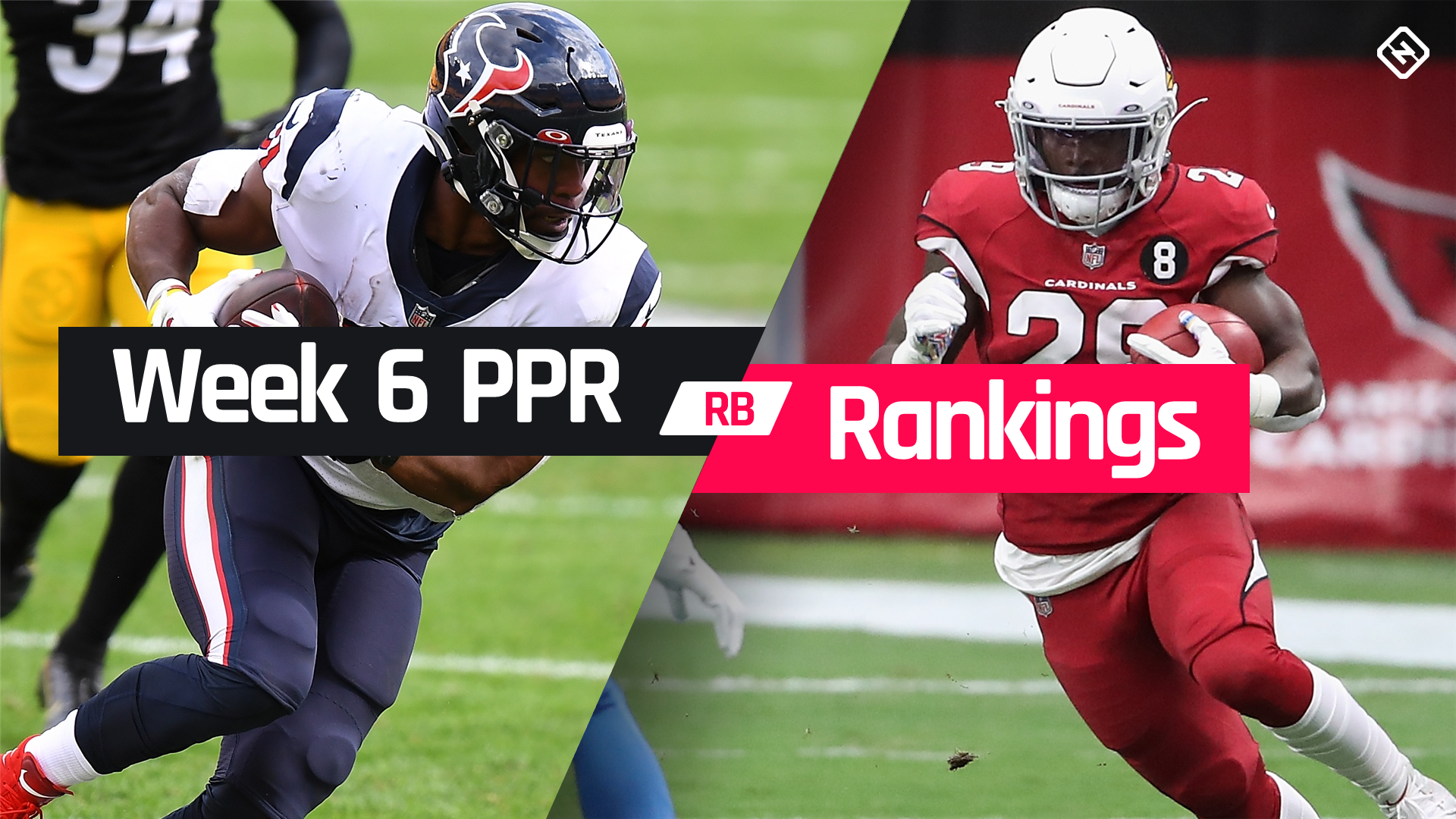 Alvin Kamara has been the best PPR back in fantasy football so far this season. Unfortunately, he won’t be available in Week 6 along with Joshua Kelley, Josh Jacobs and Chris Carson, the latter of whom has been a better pass-catching threat this season than many expected. With those four out and the schedule reshuffling of the Patriots, Broncos, Jets, and Dolphins games this week, fantasy football are going to have to be vigilant and find sleepers and streamers to keep them afloat at the running back position. Our Week 6 fantasy RB PPR rankings will try to sort through all the confusion and identify the mid-tier RBs to trust.

There are a couple of pieces of good news about this week’s RB rankings. First and foremost, Aaron Jones and the Detroit trio (Adrian Peterson, D’Andre Swift, Kerryon Johnson) will be back in action and will provide some depth to the rankings. Second, the Patriots’ surprise bye week came in Week 5, so they will be adding depth to the rankings with James White, Damien Harris, and Rex Burkhead. Phillip Lindsay and Leonard Fournette also figure to return after multi-week layoffs.

So, there’s depth among the RB ranks this week, particularly in PPR formats, but there just isn’t much top-tier talent. That should create an interesting slate, especially for DFS purposes, and it could create some surprising “must-starts” in PPR leagues. For example, even in a tough matchup against the Bears, Mike Davis is a top-10 play because of his receiving floor. Other guys that could go from the start-sit bubble to “safe” RB2s include Darrell Henderson (@ 49ers), Myles Gaskin (vs. Jets), and Devin Singletary (vs. Chiefs).

As usual, you’ll have plenty of guys that rise into flex consideration in PPR formats. This week, Swift (@ Jaguars), Chase Edmonds (@ Cowboys), and Jamaal Williams (@ Buccaneers) could all be intriguing plays because their matchups are more pass-friendly than run-friendly. James White (vs. Broncos) and Jerick McKinnon (vs. Rams) are also in play, as usual, while Cam Akers (@ 49ers) seems to be inching closer to more playing time, but he’s still a risk in all formats.

Reminder: As always, we expect to make plenty of changes to these RB PPR rankings throughout the week, so check back for updates. For individual analysis of key RBs, click here.

These rankings are for full-point PPR leagues.