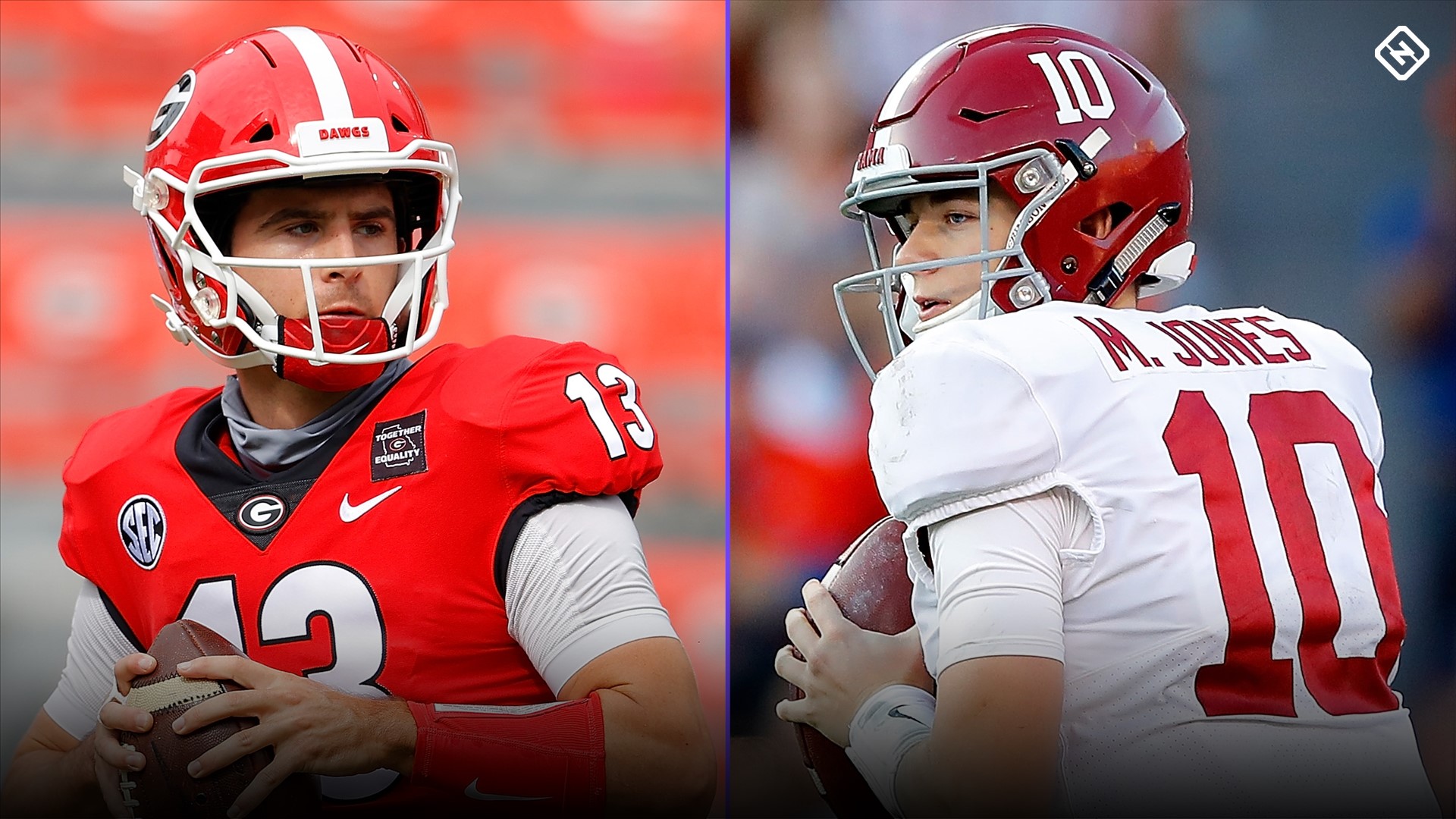 Saturday’s top-three matchup between Alabama and Georgia is a clash of wildly contrasting styles.

No. 2 Alabama will host the third-ranked Bulldogs in Bryant-Denny Stadium, with both teams looking to become the final undefeated team in the SEC at 4-0. The game could have massive ramifications on the winners of the SEC’s East and West divisions, respectively, though it’s entirely possible these teams meet again in the SEC championship game on Dec. 19.

But the strength of this team is clearly its defense, which ranks second nationally in total defense (236.7 yards per game), fourth in scoring defense (12.3 points per game) and first in rushing defense (38.3 yards per game). The Bulldogs also have seven takeaways on the season, including two interceptions each by Richard Lecounte III and Eric Stokes.

The Crimson Tide, meanwhile, are offense-driven in 2020. Quarterback Mac Jones has completed 66 of 83 passes for 1,101 yards and eight touchdowns, ranking second nationally in completion percentage (79.5 percent) and first in yards per attempt (13.3), adjusted yards per attempt (14.7) and pass efficiency rating (220.3). Running back Najee Harris leads the nation in both rushing touchdowns and touchdowns from scrimmage (10) while the receiving trio of Jaylen Waddle, DeVonta Smith and John Metchie III have combined for 57 receptions, 1,010 receiving yards and seven touchdown receptions.

But the defense has largely been dysfunctional in 2020. That’s evidenced by lackluster performances against Missouri (in the second half, at least), Texas A&M (450 yards) and, most notably, the historically bad effort against Ole Miss’ Lane Kiffin-led offense. The Rebels put up 647 yards (including 268 on the ground), 31 first downs and 48 points in a loss.

The Tide will want to see drastic improvement for their defense in their biggest game of the season to date; but Georgia must also face its toughest offensive opponent as well — perhaps all season. Which one gives in this battle of top-three SEC opponents?

Here’s everything you need to know to watch Georgia at Alabama on Saturday, including kickoff time, TV channels and more.

What channel is Alabama vs. Georgia on today?

Alabama vs. Georgia will be broadcast live on CBS starting at 8 p.m. ET. Brad Nessler and Gary Danielson will serve as the play-by-play caller and color analyst, respectively, with Jamie Erdahl reporting on the sidelines.

​Alabama’s game against Georgia is the second of three “SEC on CBS” broadcasts for the Tide will in 2020; the first was a 52-24 win vs. Texas A&M in Week 5; the third will be at LSU in Tiger Stadium on Nov. 14. As for Georgia, this is the first of two “SEC on CBS” broadcasts.The Bulldogs’ second appearance will occur on Nov. 7 against Florida in Jacksonville, Fla.