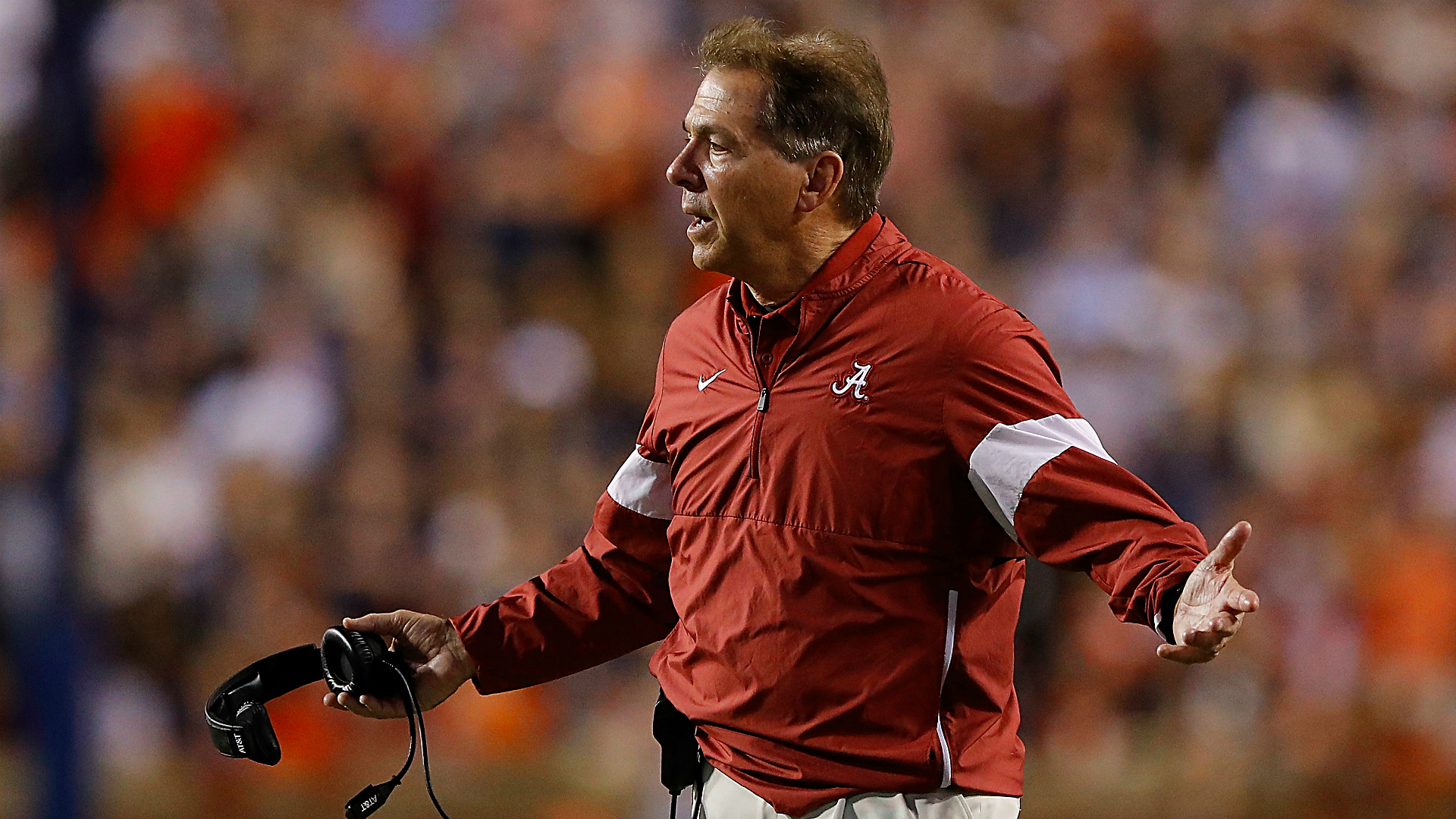 The biggest storyline ahead of No. 2 Alabama and No. 3 Georgia’s massive game on Saturday has little to do with what happens on the field.

It instead revolves around Nick Saban, whose status ahead of the game is in question after testing positive for the coronavirus on Wednesday. He left campus to isolate at home after learning of his diagnosis at 2 p.m. ET. He later informed his team of the news via a Zoom call.

“I found out earlier this afternoon that I had tested positive for COVID-19,” Saban said in a Wednesday statement. “I immediately left work and isolated at home. At this time, I do not have any symptoms relative to COVID, and I have taken another PCR test to confirm my diagnosis.”

MORE: Saban says he would ‘hate’ to miss Georgia game

As it stands now, offensive coordinator Steve Sarkisian will lead the Crimson Tide vs. Georgia. That said, because Saban was asymptomatic at the time of his diagnosis, he has a slim chance to return earlier than the SEC’s minimum 10-day isolation period — potentially in time for Alabama’s game vs. the Bulldogs.

The timing of that is important: Per SEC protocols, Saban would not be able to travel to Bryant-Denny Stadium if he remained in quarantine/isolation. Moreover, per NCAA Rule 1-4-11, he would not be allowed to communicate with his team via electronic methods beginning 90 minutes prior to game time. Because Saban initially tested positive for the coronavirus at 2 p.m. on Wednesday, he would presumably have several hours between his hypothetical third PCR test and the 8 p.m. kickoff.

Saban, for his part, intimated on Thursday during his weekly radio show that it was still possible for him to coach vs. Georgia.

“I would hate not to be at the game Saturday,” Saban said, “if that’s what this turns out to be.”

Moreover, Alabama team doctor Jeff Allen on Friday released a statement further suggesting Saban could return in time to coach against the Bulldogs:

“Coach Saban was evaluated again today by Dr. Robinson,” Allen said in the statement. “He continues to be asymptomatic and without fever. We are continuing to follow the SEC Return to Activity and Medical Guidance Task Force Protocol for testing asymptomatic positives. A PCR test was repeated Thursday by the SEC appointed lab and was negative.

“For clarification, the initial positive result came from an outside lab we’ve used to supplement the SEC mandated testing. He will continue to remain in isolation and receive daily PCR tests. Should he have three negative PCR tests through the SEC appointed lab, each 24 hours apart, the initial test would be considered a false positive pursuant to SEC protocols and he would be allowed to return.”

Below are the SEC’s protocols for asymptomatic individuals, placed under “Considerations for Handling Asymptomatic PCR Positive Tests”:

Asymptomatic individuals with a positive COVID-19 RT-PCR test will be placed immediately into isolation. Within 24 hours of receiving the results of the positive PCR test, the individual may receive a second PCR test at the direction of team medical personnel (test to be administered by PAE).

If Saban does not meet the criteria to return sooner than the minimum 10-day isolation period, it stands to reason that he can return to regular football activities after meeting SEC criteria outlined for student-athletes:

“Isolate for at least 10 days from the date of the positive test. … When returning to activity following isolation, athletes will need 1) cardiac evaluation, 2) clearance from a team physician, and 3) must adhere to an appropriate period of acclimatization following the period of inactivity.”

Though Saban, 68, is asymptomatic, a potential factor to monitor in regard to his diagnosis is his age. Per information from the Centers for Disease Control and Prevention (CDC), the older an individual is, the greater risk of severe illness from COVID-19. Data from the CDC states that 8 of every 10 COVID-19 deaths in the United States has been among individuals 65 years or older.