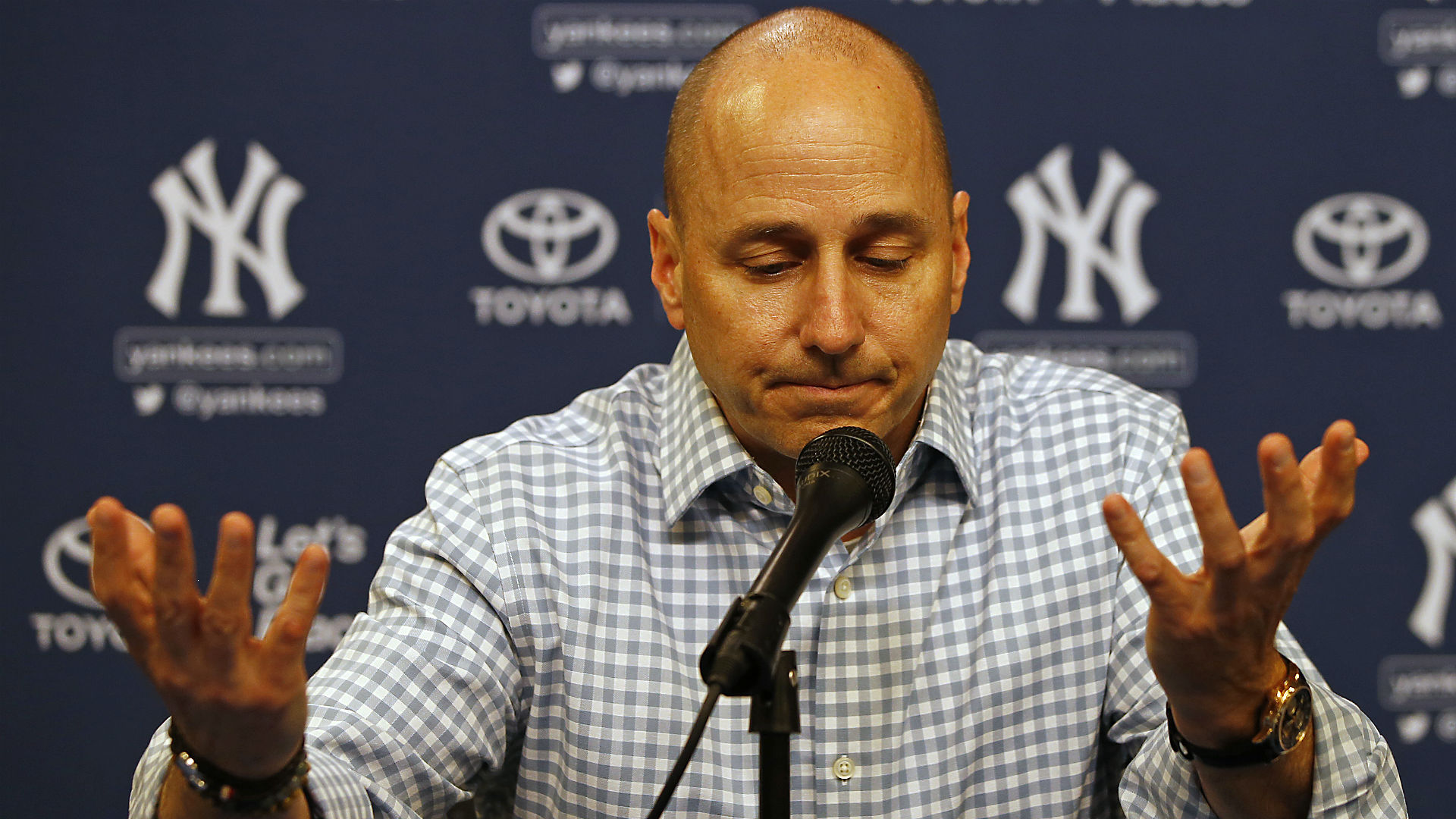 Another bomb-out for the Bombers in October.

The Rays cooked the Yankees in the ALDS like Times Square roasted nuts, and now New York is faced with another key offseason to make sure its window for winning a World Series stays open.

Pandemic or not, the playoffs are the great equalizer and another exit from them leaves the Yankees with more questions than answers again as they head into what’s sure to be a busy offseason.

Over two seasons — really, a season and a third — LeMahieu has proven that his successes in Colorado had nothing to do with the park, the humidor, the beautiful scenery or anything else. He’s just a damn good baseball player.

While the Yankees’ strikeout rate was lower in 2020 than it had been in recent years (21.7 percent makes for seventh-best in MLB), their lineup centers around a lot of guys who aren’t afraid to whiff. That’s not necessarily a bad thing when you hit home runs at the rate they do, but contact baseball might soon be making a comeback in a big way, with successful playoff teams learning to strike out less and make contact more. Funny the way that works. Good thing the Yankees have one of those contact guys on the roster already.

Re-signing LeMahieu, an above-average, versatile defender with elite contact skills at the plate, needs to be a priority for New York heading into the offseason. The two sides have expressed interest in staying together, but until a contract is offered and signed, it’s just window dressing. In two seasons with New York, LeMahieu posted a 7.9 fWAR, with a 2.5 fWAR in 2020 alone — across just 50 games. He’s been a large part of the Yankees’ offensive success over the past two years, and Brian Cashman and Co. need to make that a constant moving forward.

Figure out what to do with Miguel Andújar

From Rookie of the Year runner-up to being run out of town? The future of Andújar is very much a question the Yankees have to answer.

A solid 2.8 fWAR rookie season was followed by an injury-plagued 2019, followed by a fairly horrendous 2020 that saw him yanked all around the Yankees’ roster and sent up and down more than the U.S. stock market in 2020.

If there’s one thing that’s pretty certain about Andújar, it’s that he’s a very not good defender and the Yankees’ plan to use him as an extra outfielder didn’t exactly work out as planned. With a still-crowded outfield and Gio Urshela firmly entrenched at third base, Andújar has effectively been Wally Pipp’d.

With the DH very likely coming to the National League in the coming year or two, Andújar’s trade market could open up. If a team still believes in his offensive ability, a trade would alleviate having to find ways to incorporate him into the lineup.

The Yankees landed their ace in free agency last offseason, but the pitching staff can’t simply be a Cole World.

With James Paxton and Masahiro Tanaka hitting free agency this offseason, the Yankees will need to find arms for their 2021 rotation. Whether that’s re-signing one (or both) of those guys or looking in other directions, New York can’t afford to keep getting cute in the postseason with pitching, like what happened in ALDS Game 2 — or Game 6 of the 2019 ALCS. (Remember that?)

It’s important to note: Quality starting pitching doesn’t grow on trees, and had the Yankees been playing with a full deck in 2020, maybe things would have turned out differently. The loss of Luis Severino to Tommy John surgery can’t be understated for their 2020 pitching deficiencies, but relying on Severino to come back at full strength and hoping for the best isn’t exactly a sound strategy.

There’s a reason top-of-the-rotation starters get all the money and publicity when they hit free agency — because that doesn’t really happen often. The Yankees will have their pick of guys this offseason to fill out top or middle spots in their rotation: Trevor Bauer, Marcus Stroman and Taijuan Walker, to name some. The good news is that the Yankees don’t have to go shopping for an ace like they did last year.

While the Yankees have plenty of in-house options to fill out the rotation — Clarke Schmidt and Michael King, to name two, who got big-league experience this year — relying on youth in a rotation while vying for a World Series isn’t always the best route. That proposed rotation should play, as long as everyone stays healthy — and Cole and Bauer don’t engage in fisticuffs.

Trade Gary Sánchez? What was once a ridiculous question doesn’t seem to be anymore.

The Yankees catcher is far removed from his breakout rookie season and stellar sophomore season, and inconsistent offense over the past three years have called into question his future in pinstripes. Considering that the Yankees’ past few drafts have been top-loaded with catching talent in the first and second rounds, there seems to be graffiti to be read on the walls of Yankee Stadium.

The Yankees deciding to give backup catcher Kyle Higashioka the brunt of the work behind the plate during the ALDS also paints a worrisome picture for Sanchez’s future in the Bronx.

The organization still likes Sánchez and has done what it can to get the most out of him defensively, including hiring Tanner Swanson from Minnesota to help him in that area. Sánchez’s defensive deficiencies are a bit overstated — especially when you consider how much offensive value he can give a lineup when right — but it seems like patience is wearing a little thin.

Baseball Savant’s catching stats have Sánchez in the bottom tier of catching runs in 2019 and 2020, with his strike rate not much more impressive.

To be fair, this is all fantasy GM-ing. It’s unlikely that Sánchez will go anywhere this offseason. The Yankees likely won’t want to dip into the free-agent pool with a guy like J.T. Realmuto, as has been the rumor (and the team has been connected to him in the past), because they’re still going to have to pay their homegrown guys at some point in the coming seasons.

So if you’re the Yankees, do you wait it out another year with Sánchez, or do you see what trades are out there for a powerful catcher with two more years of team control?

— Brett Gardner is, once again, a free agent — kind of. The team has a $10 million club option for 2021. But with the emergence of Clint Frazier, it feels like Gardner’s clock is just about ticked down.

— James Paxton has been largely a mixed bag with the Yankees. Between injury and inconsistency, it feels like they might let him walk.

— The J.A. Happ signing might go down as one of Brian Cashman’s worst, and with his option not vesting, he’s set to hit the market.

— Masahiro Tanaka has been the Yankees’ playoff ace since they’ve been contenders, but his run in pinstripes is coming to an end.

— Could Yankees fans live in a world without DJ LeMahieu in the lineup? We’re going to see Cashman’s commitment to keeping “The Machine” in the Bronx.