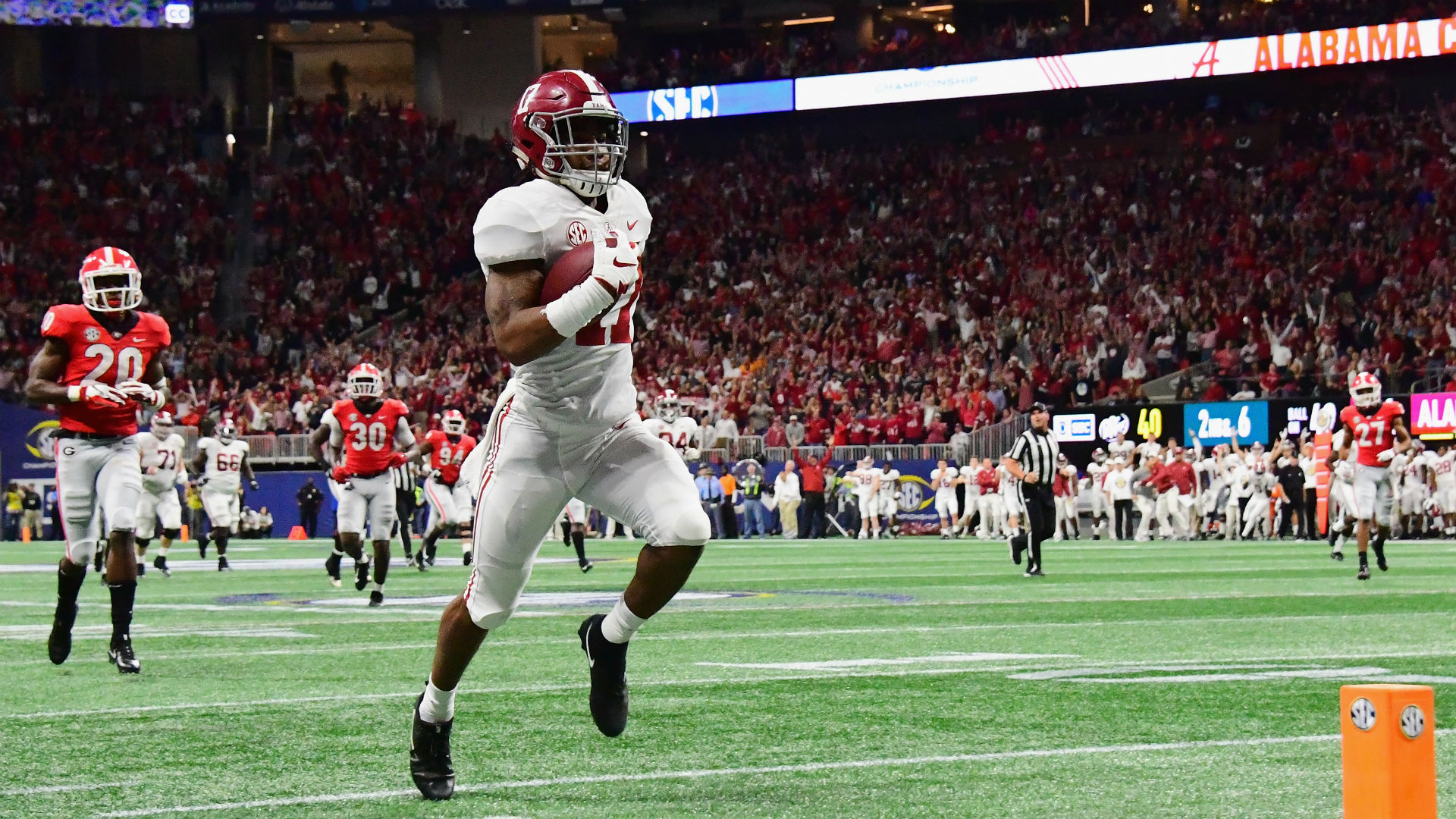 Alabama went undefeated in the regular season despite the injury to star receiver and return man Jaylen Waddle in October.

Waddle was off to a flying start to the Crimson Tide season, topping 120 receiving yards in four consecutive games to start the year. Through four games, he’d totaled 557 yards on 25 catches, a ridiculous 22.3 yards per catch total, to go with four touchdowns. But then on the opening kickoff in game number five against Tennessee, Waddle suffered a season-ending ankle injury.

Here’s more about what happened to Waddle and how long the injury may keep him sidelined.

How long is Jaylen Waddle out?

Waddle won’t play again during the 2020 college football season after his ankle injury on Oct. 24. Crimson Tide coach Nick Saban was sure pretty quickly after that game that Waddle’s season would be over.

There’s nothing to suggest that Waddle won’t be ready to play in the 2021 season. The problem for the Crimson Tide is that Waddle’s next football games may very well come in the NFL. At the time of his injury, Waddle was No. 12 on ESPN’s Mel Kiper Jr.’s big board.

Since the injury, Waddle has actually ascended to No. 8 on Kiper’s big board. That can likely hold as long as Waddle is healthy enough by the NFL Combine and pro day portion of the pre-draft schedule to exhibit to teams that there’s no ill effects from his season-ending injury.

What is Jaylen Waddle’s injury?

Waddle’s injury was a combination of a high-ankle sprain and a fracture to his right ankle, per Nick Saban on Oct. 24 to ESPN. The injury came on the opening kickoff against Tennessee. As the Volunteers’ Kenneth George Jr. tackled Waddle, the Alabama star’s right foot got caught between the grass and George’s body, where it took heavy contact and was shoved into an awkward angle.

Saban said afterward that the injury reminded him of one running back Kenyan Drake had at Alabama in 2014, which kept him out most of the season.