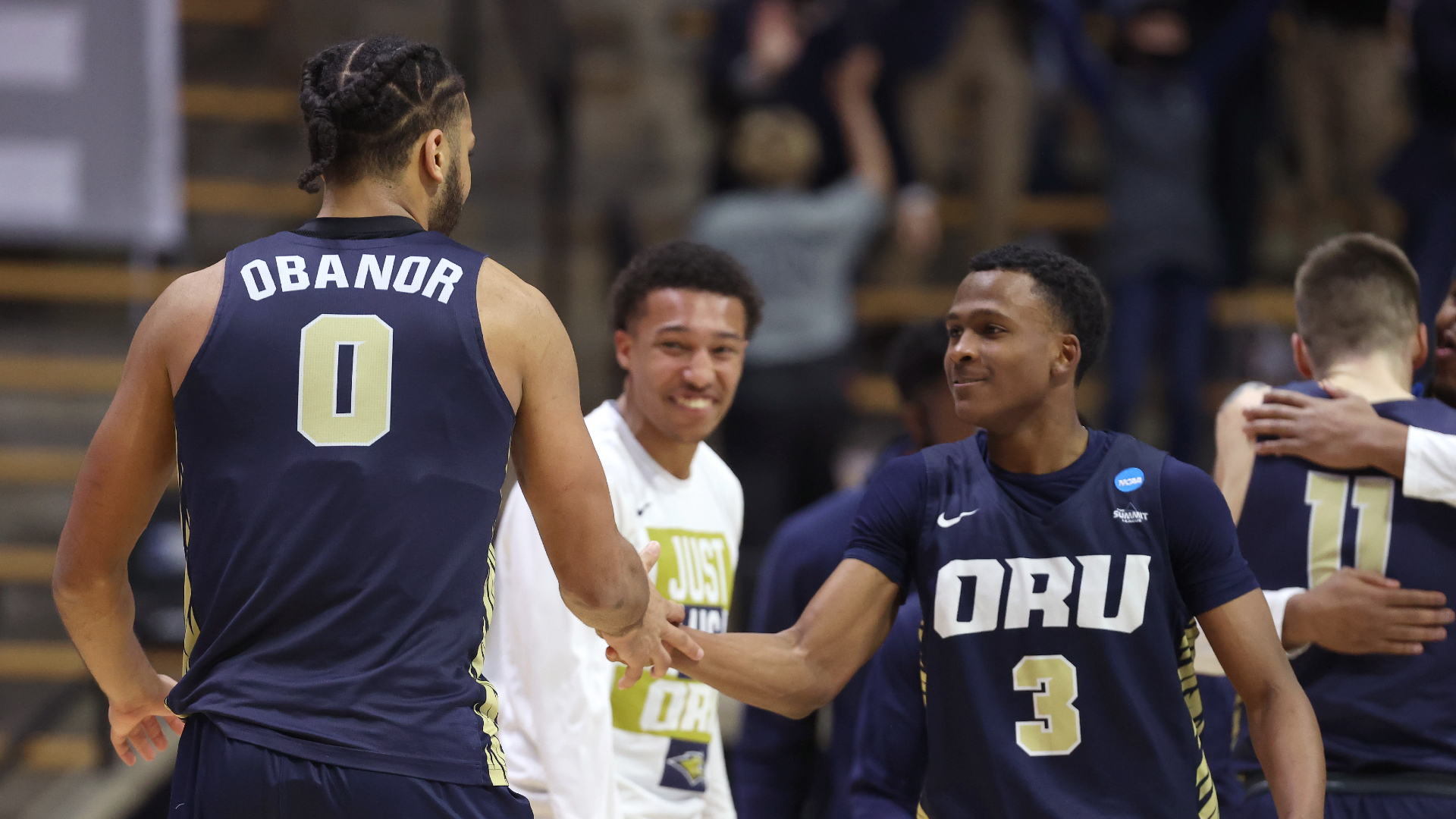 The 6-1, 165-pound sophomore guard from Oral Roberts helped lead the 15-seed Golden Eagles to an incredible upset of 2-seed Ohio State in the first round of the 2021 NCAA Tournament. He scored 29 points on 10-of-24 shooting (including 5 of 10 from 3-point land), grabbed five rebounds and dished three assists in the 75-72 overtime win.

At first glance, Abmas might seem like a player who stepped up at the perfect time and on the biggest stage. But he has been routinely dominant throughout his two years at Oral Roberts, and his play Friday was only the latest such example.

MORE: History of 15-vs.-2 upsets, statistics for NCAA Tournament

Here’s everything you need to know about Abmas, who helped grant Oral Roberts at least one more contest in the NCAA Tournament:

You might be tempted to pronounce Abmas’ name as “AB-mas,” but it’s actually pronounced “ACE-miss” — not a bad name, considering his proclivity for big-time shots.

Abmas leads all Division I players in points per game

Abmas’ 29-point outburst Friday was great, but it wasn’t the first time he has scored in bunches. Entering the NCAA Tournament, Abmas led all Division I players with 24.4 points per game. Iowa’s Luka Garza, the 2021 Sporting News Player of the Year, averages 23.7. Abmas also ranked third nationally in total points before the tournament with 609, behind only LSU’s Cameron Thomas (611) and Garza (687).

He also hit multiple 3-pointers in at least 21 games, including at least four in 13 games.

Abmas has played well against big opponents before

Don’t let the Golden Eagles’ Summit League competition trick you into thinking Abmas compiled his stats against substandard competition: He also had big games against NCAA Tournament teams Missouri (18 points), Wichita State (29), Oklahoma State (36) and Oklahoma (20). All of those games resulted in losses.

How did Abmas end up at Oral Roberts?

Per Rivals.com, Abmas received only four scholarship offers: Air Force, Army, Navy and, of course, Oral Roberts. The product of Jesuit Dallas High School in Texas ended up going with the private Christian university in Oklahoma, where he majors in biomedical chemistry.