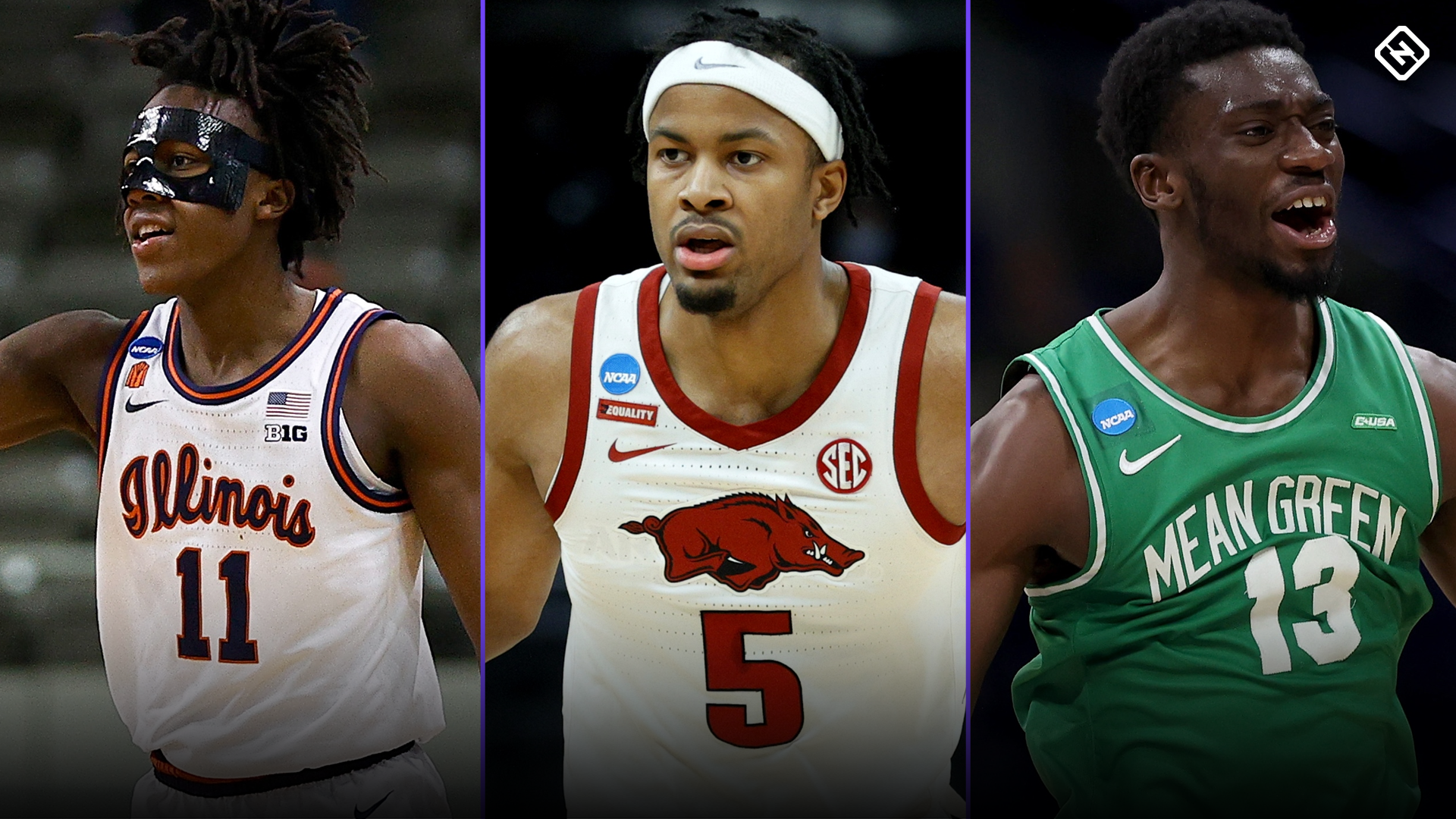 So, how are your brackets doing? Yeah, same. But each round brings renewed hope, whether you’re in need of more chaos or a return to normalcy. Better yet, you can just forget about your March Madness pools and bet on individual games as a way to recoup some of those lost entry fees. Whatever your situation, Sunday’s full slate of NCAA Tournament action is sure to please, as the second round tips off just after noon ET with an in-state clash (Illinois vs. Loyola Chicago) and won’t end until around midnight when the battle of OSUs (Oklahoma State vs. Oregon State) wraps up.

After a slew of upsets in the opening round of the tournament, Sunday’s action features five double-digit seeds, including 15-seed Oral Roberts, who pulled off the biggest upset of the first round when it toppled Ohio State in overtime. A second-round tilt against Florida is certainly a winnable game for the Golden Eagles, but Vegas still lists them as 8.5-point underdogs. North Texas, who stunned Purdue, will also be in action against a Villanova team that surprisingly didn’t get upset in the first round. Figure that one out.

Sunday also features a battle of two defenses that are known for being “tough to prepare for on two day’s rest”: Syracuse’s zone and West Virginia’s press. Based on those cliches, this will be the sloppiest game in NCAA Tournament history.

Between those storylines, Sister Jean, the projected top pick in the NBA draft in action, and one lower seed that’s actually favored, this figures to be another wild day. Here are SN’s straight-up picks, plus some insight into betting trends and tips if you’re wagering against the spread.

March Madness picks, predictions for Round 2

Loyola Chicago is probably better than a typical 8-seed, at least according to kenpom.com, which had the Ramblers ninth overall coming into the tournament. This won’t be an easy game for the Illini, but Illinois has enough scoring options to overcome Loyola Chicago’s stifling defense. In particular, big man Kofi Cockburn should feast inside against the undersized Loyola Chicago frontcourt. The Ramblers could keep it close enough to pull off the late cover, but Illinois should advance.

Much like Illinois, top-seeded Baylor is getting a difficult second-round matchup, at least according to the computers. Kenpom.com ranked Wisconsin as its No. 11 team prior to the tournament, and just like Loyola Chicago, the Badgers had no problem in their first-round matchup. However, Wisconsin has yet to beat an upper-tier team this season, with its “best” wins being UNC, Rutgers, Michigan State, Loyola Chicago, and Maryland. Baylor has too many weapons, and the Bears should not only win but also cover this somewhat-surprisingly modest line.

One thing is certain: It’s scientifically impossible for either team to be prepared for the other’s defense on two-day’s rest. Can’t happen, won’t happen. Now that that’s out of the way, we also feel confident that Syracuse, which shot 33.9 percent from three prior to the tournament, won’t hit 15 of 27 from deep again. That’s not saying the Orange can’t pull another upset, but some regression is likely. West Virginia isn’t a great shooting team either (tied for 227th in effective field goal percentage) — and surprisingly doesn’t grade out particularly well defensively (tied for 151st in defensive efficiency) — so this one is as much of a coin flip as any on Sunday’s slate. Syracuse has enough experience to navigate West Virginia’s pressure, so we’ll take the Orange to advance to the Sweet 16.

It’s a bit surprising to see Texas Tech favored here, as the Red Raiders weren’t overly impressive despite a double-digit win in the first round. Arkansas got down big in the first half to Colgate, then stormed back and wound up winning by 17. These teams are similarly balanced — and neither is great from deep — so one could easily look at this as another coin flip. After picking against Arkansas in the first round, we like the Hogs here because of their poise, pace, and toughness. Arkansas averaged about eight more possessions per game than Texas Tech prior to the tournament, and we envision another scenario where they eventually wear down their opponent.

Houston took care of business against an overmatched opponent in the first round, but Rutgers won’t be as easy. The Scarlet Knights play tough defense (18th in kenpom.com‘s adjusted defense metric) and will be just the second tournament team the Cougars have faced all season, so the jump in talent level could be a bit jarring. However, Rutgers’ lack of three-point shooting (31.1 percent prior to the tournament) is a serious worry, and Houston has the talent to put up points against anyone. We’re not nearly as confident the Cougars will cover, but we like them to advance.

Oral Roberts’ win over Ohio State wasn’t a total fluke. Max Abmas, who scored 29 in the opening round, is a legit talent who averaged 24.2 points on near 50-40-90 shooting prior to the tournament, and Kevin Obanor, who dropped 30 and 11 against the Buckeyes, is a versatile big who can produce in a variety of ways. The problem for the Golden Eagles is they don’t have much beyond that duo, so if Florida can limit even one of them, it should be able to exploit the talent gap and advance to the Sweet 16. A spread of 8.5 seems a bit high for a mediocre Florida team, but we know that when the clock strikes midnight on Cinderellas like Oral Roberts, it can be particularly cruel.

There aren’t many who expected either of these teams to be here, never mind both. Short-handed Villanova was “supposed” to lose to Winthrop, while North Texas was just “supposed” to be a slight bump in the road for darkhorse Final Four contender Purdue. If this was a first-round matchup, many likely would have picked the Mean Green for the same reason many picked Winthrop — Villanova is without its second-leading scorer Collin Gillespie (knee). Good coaching and experience — two things ‘Nova has — definitely mean something, but the Mean Green shoot it well from deep (tied for 31st in three-point percentage) and play solid defense (tied for 19th in defensive efficiency), so we’re picking this Cinderella to keep its dream alive.

Oregon State definitely qualifies as a “hot” team after running through the Pac-12 tournament and dominating Tennessee in the first round. The Beavers continue to defy the odds, but it seems unlikely projected top NBA pick Cade Cunningham has another 3-for-14 shooting game. Look for the Cowboys to exploit Oregon State’s shooting deficiencies (tied for 226th in effective field goal percentage) and win this one by double-digits.