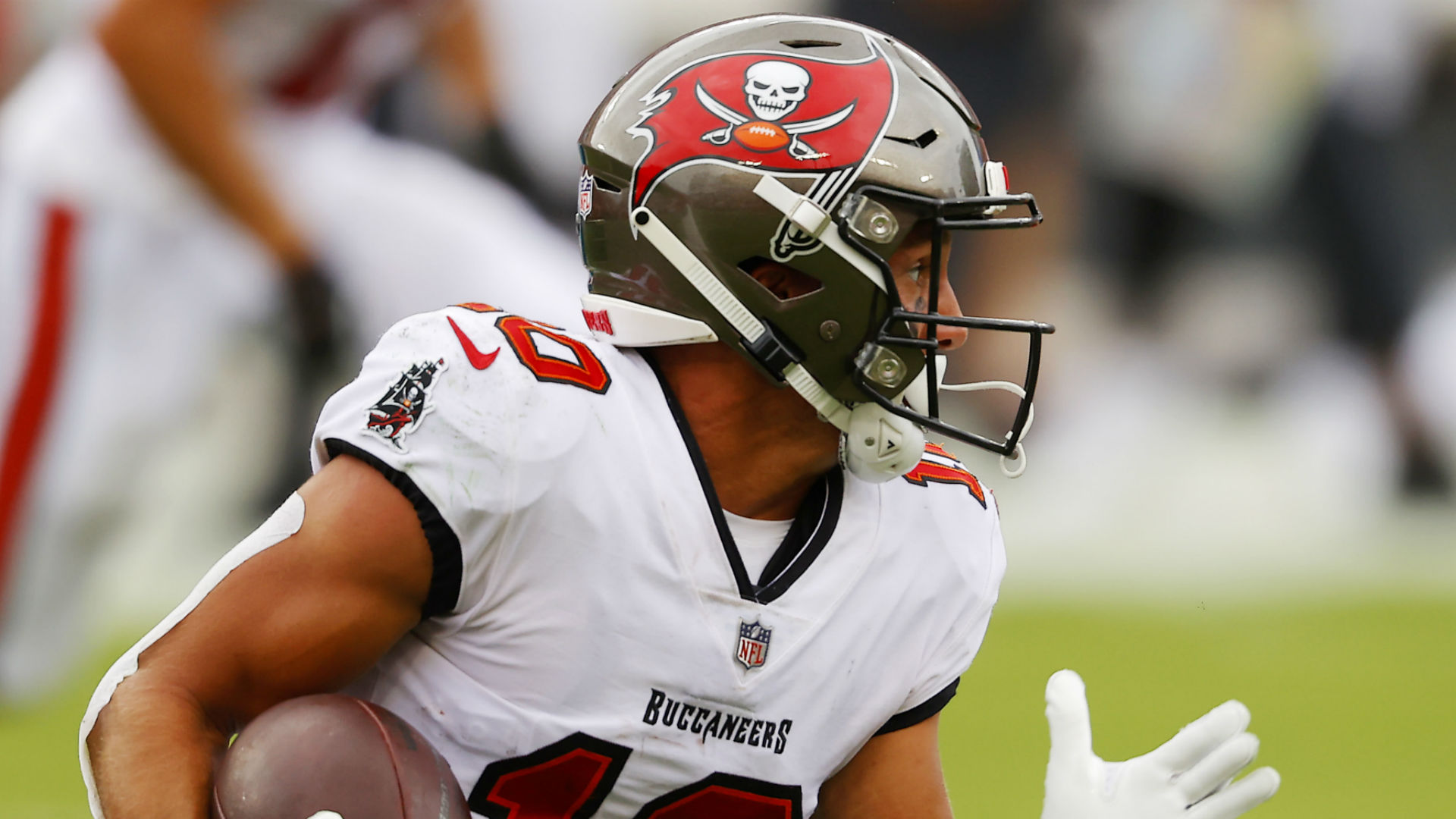 Scotty Miller doesn’t look the part. That’s likely why his only Division I scholarship offer came from Bowling Green, and it’s probably why he didn’t get invited to the NFL Combine.

Since being drafted by the Tampa Bay Buccaneers in the 2019 NFL Draft, though, Miller has played the part of an NFL receiver just fine. He’s coming off his best performance of the 2020 season, five catches for 83 yards and a touchdown. Overall, Miller has already topped his rookie-season numbers with 15 catches for 250 yards this season heading into a Thursday Night Football meeting with the Chicago Bears. And at least in biography and stature, Miller might remind some of Tom Brady’s former slot-receiver buddies in New England, Wes Welker and Julian Edelman.

Here’s what you should know about Miller, one of Brady’s new favorite targets.

Miller, from Barrington (IL), put together three productive seasons at Bowling Green despite his size. According to 247Sports, Miller’s only D-I scholarship offer came from the Falcons.

As a senior, Miller was listed at 5-11 but only 166 pounds (and he measured as 5-9 at his Pro Day). During that 2018 season, Miller hauled in 71 catches for 1,148 yards and nine touchdowns. That included a monster game in the season opener against Oregon, when he had 13 catches for 166 yards and two scores against a ranked Oregon team. Miller’s season-high receiving yards came against Western Michigan, when he piled up 206 yards.

In part due to a small role in his freshman year, Miller settled for finishing third on BGSU’s all-time receiving yardage and reception leaderboards. The final play of his college career was a 63-yard touchdown reception against Buffalo. Miller was drafted by the Buccaneers with the 208th overall pick of the 2019 NFL Draft, a sixth-round selection. The pick Miller was taken with came to Tampa Bay in a trade that sent DeSean Jackson back to the Eagles.

2. Not just a slot receiver

It’s easy to picture the smallest receiver on a football field lining up in the slot, running short patterns with precise footwork to get open in the flat or over the middle. Miller does that, sometimes. But he’s actually lined up double the snaps (98) on the outside as he has in the slot (49) so far this season.

In reality, Miller might be Brady’s favorite deep threat – occasionally, Brady used Edelman the same way in New England, lofting passes over the top for Edelman to sprint under and grab.

“I found out the first day I threw with him that he still has it,” Miller told the Buccaneers’ official website about Brady’s deep ball. “He throws just as hard as anyone I’ve ever thrown with, still. And then his deep ball is great as well.”

At Bowling Green’s Pro Day, Miller ran a 4.36-second 40-yard dash. He relayed the story to the Chicago Tribune of his call from the Buccaneers on draft day, when the voice on the other end of the line told Miller, “We have a need for speed.”

In that same story, Miller spoke about his disappointment in not being invited to the NFL Combine. His athletic testing certainly would’ve caught even more teams’ eyes there. Tampa Bay is surely happy that they only had to spend a sixth-round pick on a player who compared favorably in testing to Mecole Hardman, who the Kansas City Chiefs took in the second round.

4. Miller and Brady have high praise for each other

After Brady led a Tampa Bay comeback in Week 4, Miller summed it up succinctly: “How can you not believe in him? He’s the greatest to ever do it.”

Brady has had good things to say about Miller dating back to training camp. And before Tampa Bay’s season opener, Brady told the Fox broadcast team that while people might not know Miller yet, they would be the end of the season. The Buccaneers’ Twitter account has gotten in on the Brady-Miller love, too.