You’d think with the slew of book-to-film adaptations they would understand the main issue by now. The thing that limits these adaptations and makes them less than what the audience wants.

You would think they would see the financial potential lost.

To make audiences happy, to make the book lovers satisfied, arguably the most important aspect is to represent the books as they are.

Like, there were tremendous other problems with the Artemis Fowl movie, but they also changed everything. They ruined things by not trusting the books. 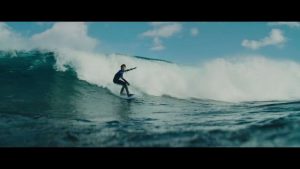 Which is baffling, because the whole reason to do an adaptation is to cash in on the already existing fan base, right? Sure, there’s artistic merit to re-exploring a world, but let’s be real here.

So how do we properly adapt a movie? Well, the way to do it is to look over the story and work it backward.

How much story is there?

I mean this: The Hunger Games movies work as movies. They are potent and very watchable. They had the author involved in the project, so it also accurately captures the messages and themes.

The first movie is also over two hours long. And they used an entire extra movie to cover the final book. And, if you own a copy, you’ll note that The Hunger Games books aren’t doorstoppers.

The book adaptations maligned, conversely, are usually plagued by the same few problems: They deviate too wildly or rush through or ignore things that made the original property beloved.

The solution is longer movies, mini-series, and a whole television show released as binge-able seasons.

Most audiences want, essentially, those graphic novels that take classic books and give them art—but with much, much bigger budgets. If Hollywood can give us that, then we will watch them endlessly.

Give us some botched, warped, and deviated junk like Artemis Fowl, and we will simply wish for a better version and quietly try to forget the betrayal. But we never will forget.

Fandom is a cash cow, and a powerful one, and it’s just stupid they are not capitalizing on it more.