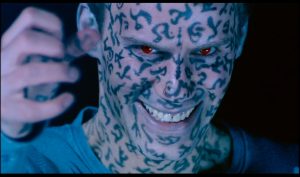 Doctor Who is a fun, campy show most of the time, but it occasionally decides to terrify. The Daleks are the most famous example, but there’s more to see than just one evil alien race. More twisted, disturbing, and dark things out in that universe.

And it’s the perfect time of the year to delve into those episodes. Full of atmosphere and wonderful sound design, here are the top five most frightening episodes from the revival series.

This one is scary conceptually, more than in actual practice. Water that takes over humans and essentially kills with one drop is an inspired concept. As the Doctor says, “water always wins.” It’s not the best episode, but it’s a good start to a Whovian horror marathon.

A basic rule of horror is that you shouldn’t show the monster for as long as possible. You let the audience make their assumptions. It’ll always be scarier than whatever the writer can create. “Listen” nails that idea. It’s a tense episode and worth seeing for how much dread they can get out of the premise.

Not going to lie, this and its follow-up episode “Forest of the Dead” are my favorite episodes of Doctor Who. The twists and the storytelling are strong, and the Vashta Nerada are one of the most intense alien species I’ve ever heard of in a show. It’s a shame they only appear in comics outside these two episodes.

This episode makes the list for one reason—and if you’ve seen it, you already know why. The premise of a gas mask disease and a child carrying it is freaky enough, but the haunting screams of one specific victim will stay with you. I haven’t seen it in years, but it’s still vivid in my mind. Do not watch this alone, or in the dark.

It would be hard not to put this as #1. The Weeping Angels are such an incredible monster idea, and this episode never shows them move—and that makes them horrifying. Having us, the viewers, part of the story by treating our “eye” as also freezing the Angels… is one of the most brilliant filmmaking decisions ever made. Not only is this episode really, genuinely scary, it’s also well-paced, well-plotted, and insanely quotable. It’s not just the scariest episode, but also one of the best episodes of the entire show. 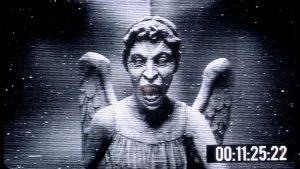