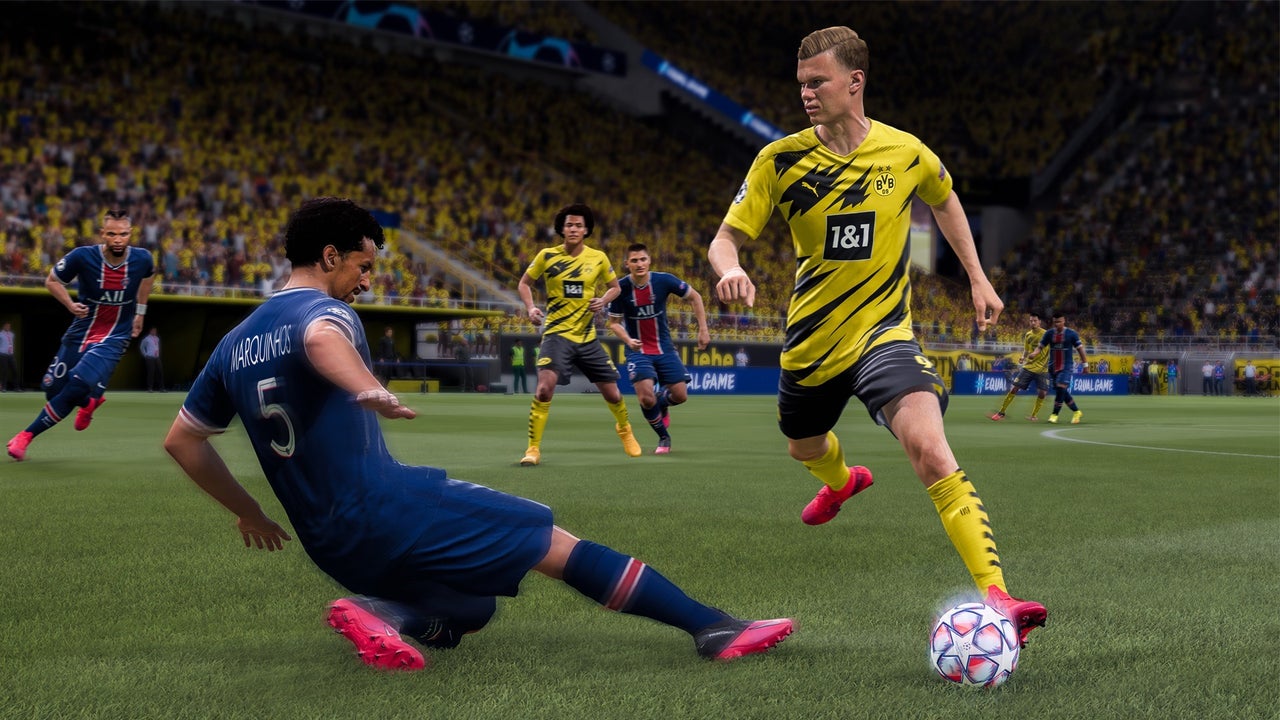 EA has promised to clamp down further on racist and other offensive content in FIFA, and is developing new technology to tackle in-game offences.
Eurogamer published a report today which outlines how players have circumvented FIFA 21’s naming filters to display offensive club, player and commentary names in the game’s Pro Clubs mode, with some examples seen by Eurogamer alluding to far-right groups and promoting racist ideology.

Players can report these offences in-game but many players have reported that such names are still prevalent in the game. Since the launch of FIFA 21, EA told Eurogamer that it has already banned over 9000 accounts and issued over 25 thousand warnings relating to offensive in-game content.

EA’s full statement sent to Eurogamer outlines its current strategy and how it plans to improve upon it, by implementing new technology in the coming months to tackle this issue. “Both Electronic Arts and EA Sports are committed to making our games and experiences fun, fair and safe for everyone. We filter user-generated content in areas such as in-game chat and EA Account, player and team names, to block profane text that might be used to demean or harass.”

Have you played FIFA 21 [Current-Gen]?

“Under our Positive Play Charter, our teams are focused on improving in-game reporting and moderation tools, along with a players’ ability to report any offensive content at ea.com/report,” the statement reads. “This helps ensure that when people don’t play by the rules, there are easily accessible channels to report problem players or inappropriate content. We take all reports seriously and regularly action against our findings. Since the launch of FIFA 21 we have banned over 9000 accounts and issued over 25,000 warnings or suspensions as a result of inappropriate or offensive content,” it continues. “We’re committed to continuously advancing our tools and solutions to address new challenges, including more intelligent monitoring and mitigation technology that will be released in the coming months.”

In other FIFA news, EA is currently investigating allegations that an employee sold rare Ultimate Team items for real money.