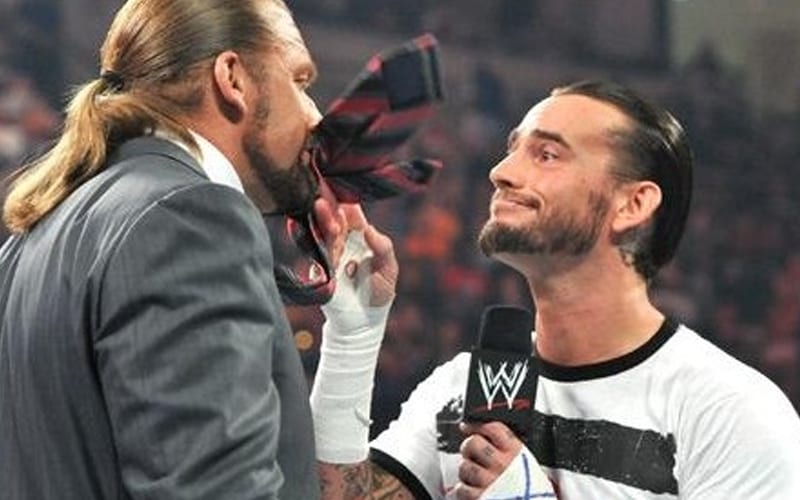 Triple H and CM Punk had a few interactions on television and Doc Gallows was around for a few of them. He was in a stable with Punk and Serena Deeb years ago and that afforded for some great lessons.

During Talk’n Shop, Gallows recalled a segment in the ring where Triple H had to ask CM Punk what his line was. The Game is a very busy man and the line simply escaped his brain in the heat of the segment.

“We’re in the ring one time. I’m 25, so I still have the nerves. I’m with [CM] Punk and Serena [Deeb] and Triple H. I remember being there and you think that these guys don’t fuck anything up, ever. We’re standing in the ring, Punk and Hunter are promoing back and forth, they do something, Punk gets a pop, Hunter gets a pop, and then Hunter drops the mic to his pecs and goes, ‘What’s my line?’ and Punk [feeds it to him]. Even those guys, it’s hard to remember all those fucking lines.”

Thankfully, CM Punk was able to bail Triple H out of the situation and give him his line. Punk’s ability to remember a script probably helps him in a big way on the set during his acting gigs.