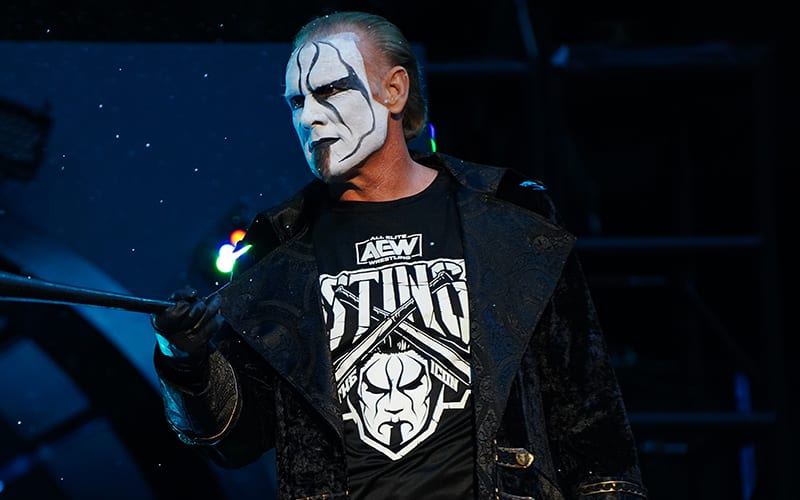 AEW surprised the entire pro wrestling world when Sting debuted during Winter Is Coming. The Icon arrived in All Elite Wrestling, fulfilling the wishes of so many fans, but how long was his arrival in motion?

While speaking to Forbes, Darby Allin revealed that him sitting in the bleachers, far away from everyone else, was a sign of Sting’s impending debut. He had no idea what it meant, but AEW was alluding to the Hall of Famer.

Since coming to AEW, Sting can now have actual communication with Darby Allin. The current AEW TNT Champion said that he’s already received some advice from the Stinger.

“The whole time I was sitting in the rafters, I didn’t know I was alluding to anything. There’s nothing as big as having ‘The Ball’ [handed] to me than having someone of Sting’s caliber come in and you’re in charge of helping to write that story of his debut. It doesn’t get any bigger than that. I take that very, very seriously so I was like, ‘It’s business time.’”

“I’ve gotten some advice from [Sting]. He’s seen some of the videos I’ve done, and he’s a big admirer of those. He can be in the game for however long he’s been in the game and constantly keep people intrigued. So if you could pick his brain on that, that would be the No. 1 thing. Because he’s in a league of his own with that mystery and everything he controls. He controls the audience. When he walked out there and I’m just laying in that ring, and the music starts, I haven’t had a feeling like that in wrestling as long as I’ve been doing it…there’s nothing that topped that. That was like an out of body experience”

Sting hinted at a few different angles when he spoke to Tony Schiavone after his AEW debut. It seems that he is interested in Darby Allin as more than an opponent, but a possible protégée.

Darby Allin certainty seems game to learn anything Sting can teach him. AEW also used Allin sitting in the cheap seats as an allusion to Sting’s coming, so it’s only fitting.