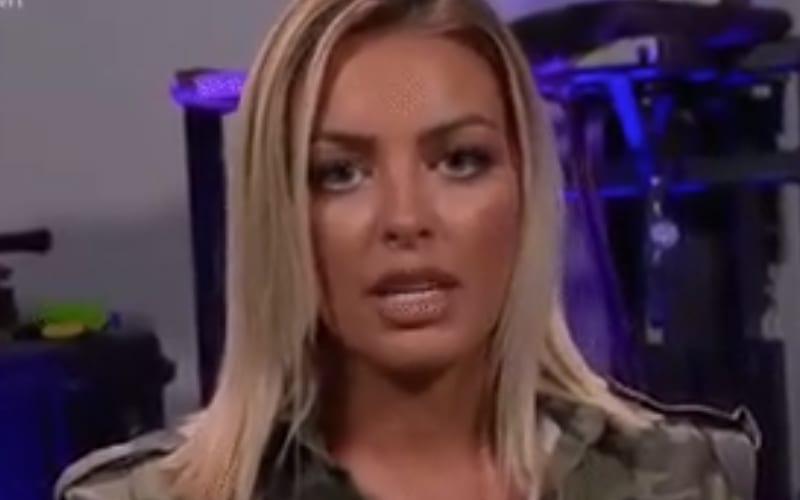 Mandy Rose just got out of a feud with Sonya Deville, and it appeared she was going to get a chance to wrestle on her own. Then The Golden Goddess was traded to RAW, and everything change.

It’s no secret that WWE changes their plans. The company sent Rose to RAW without any plan for her. She sat on the red brand for weeks until they finally figured out something to do with her. They put her in another tag team.

While speaking with Chasing Glory, Mandy Rose opened up about how WWE changed their plans for her singles run. She expected a chance to show what she could do on her own, but that just wasn’t in the cards.

“It was kinda unexpected. I had just gotten out of a tag team with Sonya and I thought I was going to be a singles competitor, for a little while at least. You never know what is going to happen. Then, we both got traded to Raw.”

“I was a little worried. ‘Is everything okay, did I not have a good match, did something happen?’ [Being a singles wrestler] was what the plan was. As we know, plans change day by day. I was unable to get answers and I wanted clarity with what was going on. Finally, when they told us it was going to be a tag team, I was like, ‘Okay. Good. That’s something.’ I wanted to be on TV. I just won one of the biggest matches of my career and I wanted to run with it. Whatever it was. It didn’t have to be a singles competitor and staying on SmackDown. I like change and was looking forward to working with new women.”

Mandy Rose was injured by Nia Jax, an unfortunate event that took her out of Survivor Series, but she returned to re-form her team with Dana Brooke.

Rose was quite uncertain about getting in a new team, but she can’t control the decisions when they come from WWE. All Mandy Rose could do was take the booking they gave her and make the best of it.