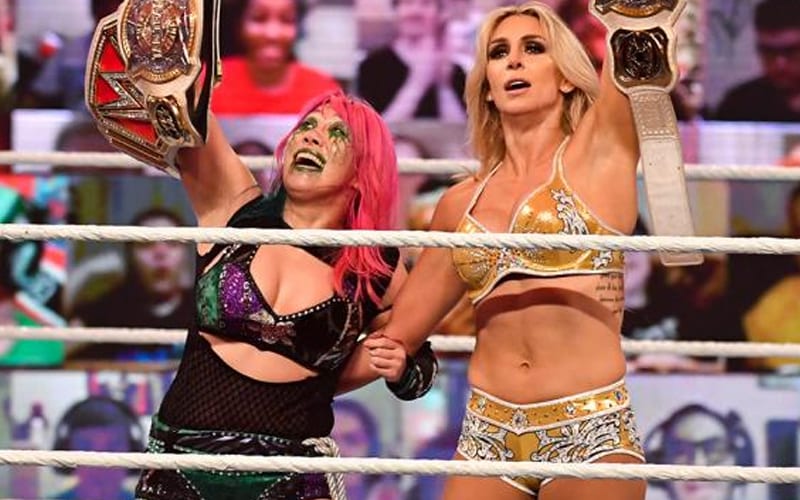 Asuka and Charlotte Flair picked up the WWE Women’s Tag Team Titles at WWE TLC. This was a big return for The Queen and the Empress Of Tomorrow became a double champion in WWE. She already has a nickname ready.

Click here for our complete coverage of WWE TLC 2020.

Following their victory, Asuka and Charlotte batted around some new team names. Click here to watch them have some fun with their new team.

Asuka tweeted out a graphic showing off her new title win. She also included a caption where she declared herself Asuka 2 Belts.

Wow! we were great!

Bayley and Sasha Banks both had stints as double champions in WWE over the Summer. Bayley Dos Straps and 2 Beltz Banks was created, and they even got merchandise out of the deal. We’ll have to see if WWE markets Asuka’s new double title situation, but she’s certainly enjoying herself.