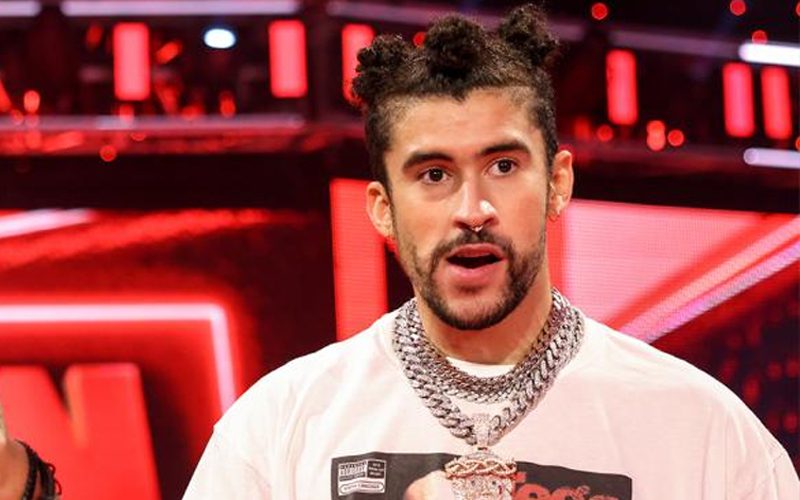 Bad Bunny showed up at the Royal Rumble pay-per-view, and he brought a lot of eyeballs to WWE. That attention is going to continue because the famous rapper had a great time mixing it up with the Superstars in the company.

According to PW Insider, Bad Bunny will be back in the ring. He was at the WWE Performance Center yesterday training.

At this time, Bad Bunny is training for a match on a future pay-per-view. It wasn’t noted which pay-per-view Bad Bunny is gunning for, but it stands to reason that WrestleMania will be a very attractive option.

Bad Bunny was in the ring working out and preparing for a proposed future WWE PPV bout that would take place against The Miz and/or John Morrison later this year.

Bad Bunny will take on either The Miz or John Morrison. This was not reported, but it would also make a lot of sense to see Damian Priest’s alliance with Bad Bunny continue so they can make it a tag team match.

We’ll have to see what’s next for Bad Bunny in WWE, but he is far from finished living out his Superstar dreams.