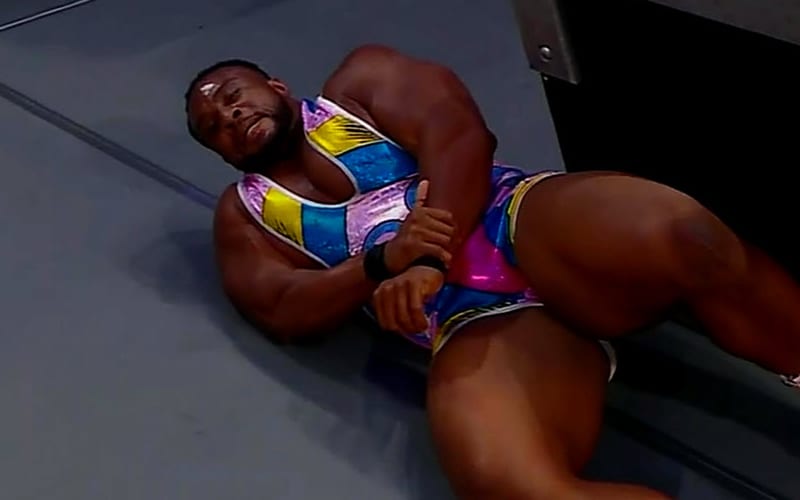 Big E suffered an attack at the hands of Apollo Crews. SmackDown saw the IC Champion return, and he promised to bulldoze Apollo’s house because he stepped on his lawn.

Big E showed up on SmackDown and he said that he’s ready to give Apollo Crews what he deserves. He didn’t want to wait either, so he invited Crews to the ring and get the opportunity he’s been waiting for.

Apollo didn’t come to the ring when Big E made the challenge, so he extended an open challenge for whoever wanted a shot. Then King Corbin came out to answer Big E’s call. He wasn’t dressed, but Sami Zayn ran down to accept the challenge out from under him, getting the rematch he’s been after for months.

Big E retained the IC Title against Sami Zayn, but then Apollo Crews came out. He beat down Big E, giving him two Olympic Slams, and then he took the steel steps and smashed Big E with the steps.