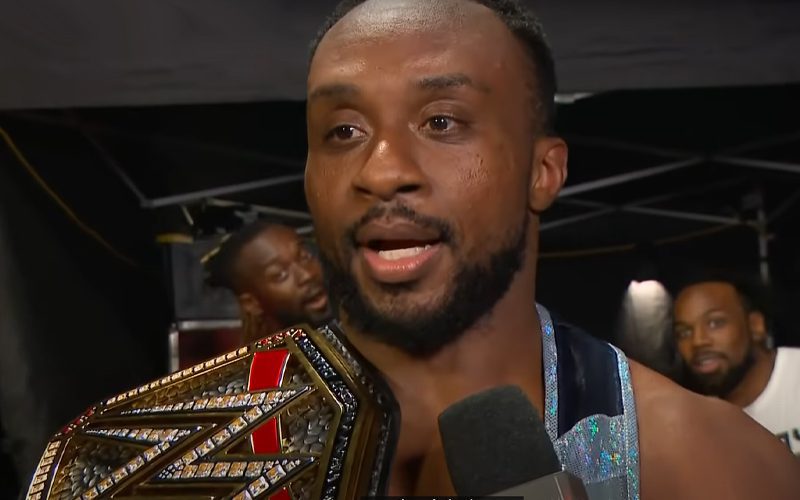 Big E won the WWE Title on RAW and he is just getting around to answering all of the congratulations he received after that career-making victory. He saw a tweet from AEW star Powerhouse Hobbs and he couldn’t leave it unanswered.

Click here for our exclusive about WHEN WWE Made the call for Big E to cash in his Money in the Bank briefcase.

Powerhouse Hobbs sent out a tweet to say: “Let’s Go E.” He did not tag the WWE Champion in his post, but it still arrived at its intended destination.

Big E saw that tweet from Hobbs and replied to put him over in a big way. E said that Hobbs has all the tools and that is high praise coming from him.

You’re the man, bruh. You already know I’m a massive fan of you. You have all the tools.

We’ll have to see what’s next for Powerhouse Hobbs. The Team Taz member is making a lot of waves in AEW, but his pro wrestling story is only getting started. On that note, WWE had an opportunity to sign Hobbs several times before, but they passed on him. We have to wonder if it will be the same case whenever his next contract comes around.