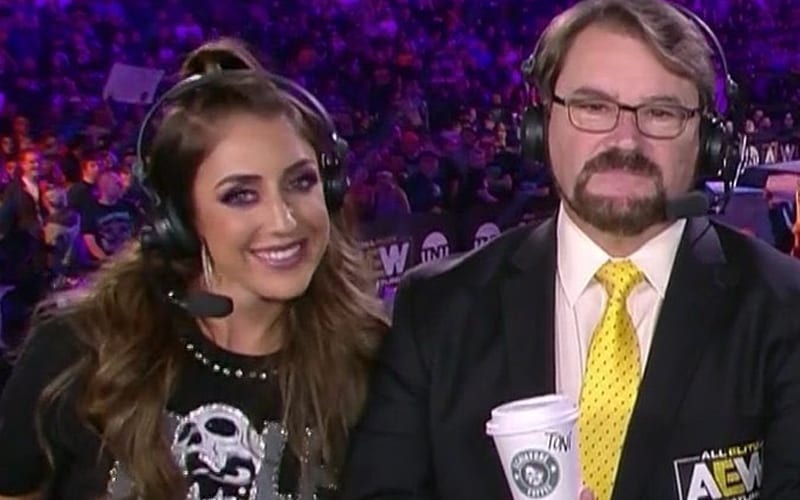 Sting is a part of AEW now, and a lot of fans are very excited about what is to come. There are more Stings around than The Icon, and Tony Schiavone accidentally tagged the wrong Sting when he was making a recent announcement.

We previously reported that Sting is set to take part in an interview segment on Dynamite next week. He will share the ring with Tony Schiavone for the first time in over so many years as Schiavone interviews the WWE Hall of Famer.

Tony Schiavone was very excited about that segment. He tweeted out a plug for the interview when AEW broke the news.

This Wednesday on AEW Dynamite on TNT, I’ll speak to Sting for the first time.

If you paid attention to who Schiavone tagged in that post then you’ll notice that Sting didn’t get a proper @ mention. Instead, Tony Schiavone tagged @Stinger, an account with 21 followers that hasn’t tweeted since September 15th, 2010.

“Tony, you tagged the wrong @Sting,” Britt Baker tweeted back at Tony Schiavone. We’re not sure who runs that @Stinger account, but they haven’t been active in well over a decade. They will likely have some interesting mentions whenever they do log on once again.