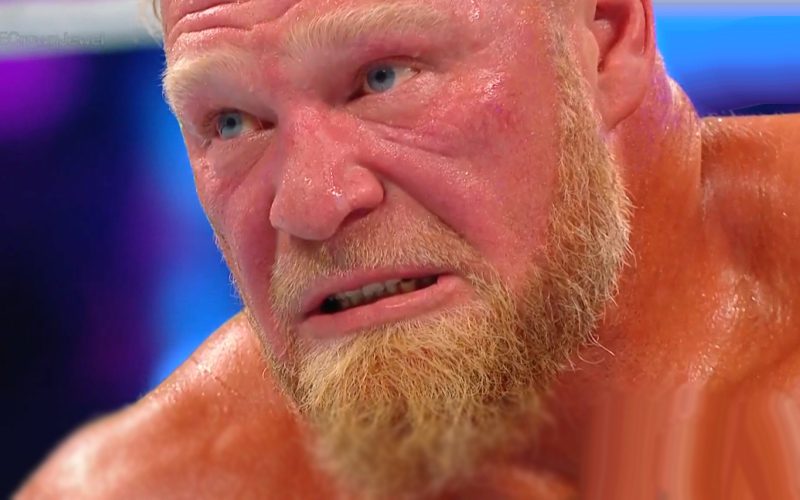 Brock Lesnar is not finished yet, despite what others reported. Ringside News exclusively reported that not only is Reigns vs Lesnar happening more than one, but fans will see the Beast Incarnate again before the end of the year. Things are far from finished after WWE Crown Jewel.

Click here for our complete coverage of WWE Crown Jewel.

WWE posted a short after after Crown Jewel was over and they got a rare quote from Brock Lesnar. He didn’t say much, but what he did relay was a promise to inflict a lot of punishment on the Tribal Chief the next time he’s on the blue brand.

“The moment I arrive at SmackDown, I will beat Roman Reigns senseless.”

Lesnar made it pretty clear that Roman Reigns will have to look over his shoulder. We’ll have to see how long it take for WWE to circle back around to Lesnar vs Reigns, but their last program was received exceptionally well internally.