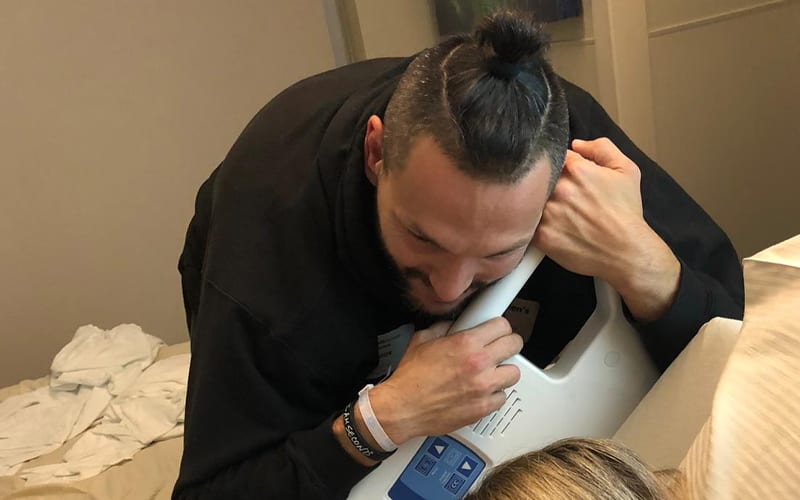 Today is a happy day for the pro wrestling community as Cezar Bononi celebrates the birth of his first son. Joshua Veita Bononi was born on December 28th. Baby and mother both seem to be doing fine.

Bononi revealed this happy news via social media on Thursday afternoon. He said that their plans had to change as they wanted to have a natural birth, but life had other plans.

Our first son Joshua Veita Bononi was born healthy on 12/28. And everything they say is true! Everything changes, everything transforms! Instant love without explanation!
We’re going home, but not as expected. The plans will be postponed for a few days, but we’ll be together soon!
The birth was planned to be natural, she reached 10 dilation, without anesthesia, she felt all the labor pains 100%, but she ended up going to an emergency c-section, it was not the easiest, but she was much stronger than I thought a human being can be.
After some routine exams Camila was diagnosed with acute myeloid leukemia (AML) and is starting chemotherapy today. It is not the first time that we have faced cancer, but the Lord is on our side as always and He will continue the good work in our lives.
Happy new year and may God bless you all!

This is a happy way for him to wrap up 2020, a year so full of trials. He was release from WWE on April 15th in their wave of cuts. Congratulations to Cezar Bononi and his growing family.