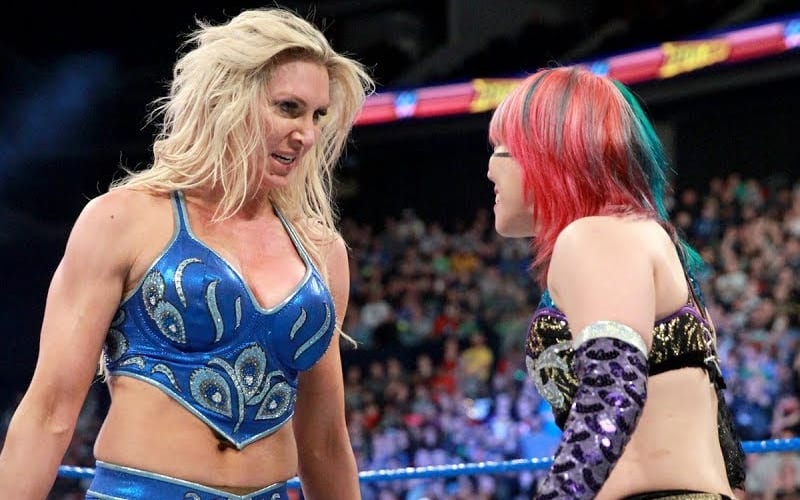 WrestleMania is the showcase of the immortals. Dreams are made on the grandest stage of them all, and Charlotte Flair credits Asuka for helping her get to the next level at the show of shows.

During the new WWE Network Day Of Charlotte Flair special, The Queen discusses her new team with Asuka and how much the Empress of Tomorrow means to her career. Flair credited their match at WrestleMania 34 as one that helped take her to the next level.

“I don’t think I’ve really talked about this, but when Asuka and I wrestled at WrestleMania in New Orleans she had nothing to prove. I had everything to prove, and I felt like that moment with her took me to the next level and I will always be in debt to her.”

Asuka did have a lot to lose as Charlotte Flair broke her undefeated streak. The Queen took that win and pushed herself to be the best she could from that performance.

Now Flair and Asuka are WWE Women’s Tag Team Champions which puts them coming full circle in a way.