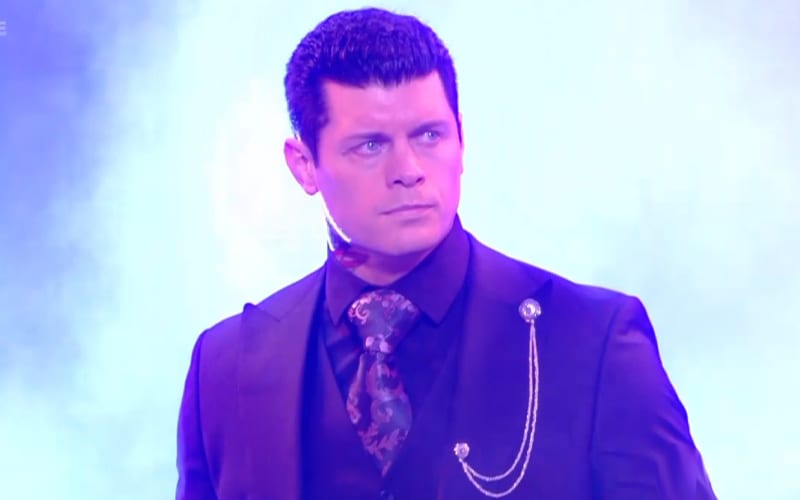 AEW wouldn’t be where they are without other companies that they now see as competition. The company has grown a lot in the past year, and they have a brand to consider as well.

ROH assisted the Elite in a great way to produce the first All In event, and NJPW is one of the main reasons why Kenny Omega and The Young Bucks rose to fame. AEW is now standing on their own, and they do not need another company to co-promote with them.

While speaking with Asbury Park Press, Cody Rhodes explained AEW’s intentions if they do work with another company. He said that it’s not likely that they will ever co-promote a big show with another company. They have too much individuality in their brand, but they are always open to maintain those relationships with other companies.

“I think you’ll never see a full-scale, like, joint-promoted show (between AEW and another promotion.) We have too much pride in our individual brand. But in terms of the relationships, we’re never closing the doors and we’re never going to pull up the bridges.”

I laughed when I heard people talking about a working relationship with New Japan because clearly it already exists — Jon Moxley has been on New Japan, Chris Jericho has been on New Japan. It already exists, the working relationship. The NWA (owner) Billy (Corgan) and Tony Khan are in contact, Thunder Rosa’s the prime example of that. … I loved seeing Tanahashi on TV last week. He’s somebody I really wanted to get in the ring with one time as far as singles and never got the opportunity — and who knows? That might be something that can happen in the future. But our doors are open, our bridges are down.”

Thunder Rosa came in from the NWA, and she might not be the last to do the same. FTR has teased matches with Motor City Machine Guns and The North from Impact Wrestling. Scott D’Amore might be more than happy to see if AEW wants to work something out. That doesn’t mean they’re going to go into a big deal with another company to produce an entire pay-per-view based on the concept of companies colliding.