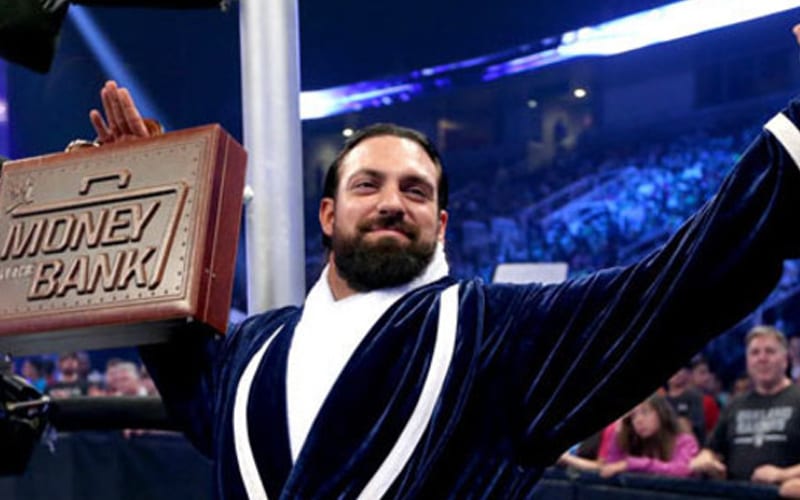 Damien Sandown won the Money In The Bank briefcase in 2013, but it didn’t result in a World Title Run. In fact, he failed to cash in. This is a moment that still upsets some fans, and Sandow wasn’t pleased about it at the time either.

During a conversation with Wrestling Inc, Sandow talked about his failed cash-in. He wasn’t happy about it, but a member of the McMahon Family explained to him that they were against Monday Night Football and the World Series at the same time. They needed a big ratings pop, and that gave them a one-week boost.

“Yeah, I wasn’t happy about it, but I talked to a very high-ranking official, not Vince, but in the family. And pretty much, ‘look, we’re going up against Monday Night Football and the World Series. We need this. You have three segments.’ OK, so I knew what I had to do. In the long term, I was frustrated, but in the immediate, I had to worry about going on TV and get the ratings up, and we did. Point-blank, we did, and to me, it was past that what they did because you come back, everyone’s hugging you, saying what a great job you did and then two weeks later, there’s nothing for you. That was just like, ‘OK, whatever.’”

“So yeah, I was a little bit upset about it, but then you’re dressing up as someone new every week. I said, OK, you know what, if this is what I’m going to do, they usually give guys that and guys do it as a punishment. I’m like no, if I’m going to be Davy Crockett, you’re going to give me Davy Crockett music, and if I’m going to be an interpretive dancer, go get me a onesie flesh-colored leotard. Let’s do it right. So that is the way Damien Mizdow happened.”

We’ll never know what would have happened if Damien Sandow became WWE Champion. He later made waves as Damien Mizdow, but then the company moved him our of that role when he got too over.