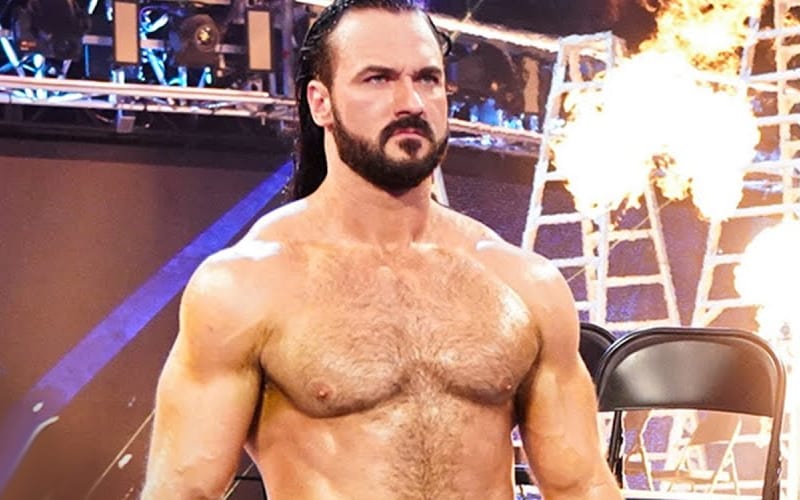 As seen on this week’s episode of Monday Night RAW, Bobby Lashley challenged The Miz for the WWE Championship. However, The Miz tried every trick in the book in order to save his WWE Championship.

His tactics ultimately failed as Bobby Lashley made short work of him and tapped The Miz out to win the WWE Championship. This was met with a lot of cheers from fans and no doubt, his Hurt Business brethren.

Lashley became the third-ever African-American WWE Champion in the history of the company, a monumental feat to say the least. Now it seems the former WWE Champion has his sights set on Lashley.

While speaking on RAW Talk, Drew McIntyre reacted to Bobby Lashley’s huge win. While McIntyre congratulated Lashley, he also hinted at facing Lashley for the WWE Title at WrestleMania 37.

“If I was to place a bet on the match, I certainly would have placed everything on Lashley. He’s worked hard for it. The man is an absolute animal, in every possible way. In the gym. In the ring. I’ve faced him in the past. He’s earned this moment and the idea of Drew McIntyre versus Lashley is pretty big for me, it feels like a significant match for RAW, and if it happens on the biggest stage of them all that will be just fine for me.”

Bobby Lashley vs Drew McIntyre is certainly a match worthy of WrestleMania. We will have to see how the company will book the feud, should it take place.