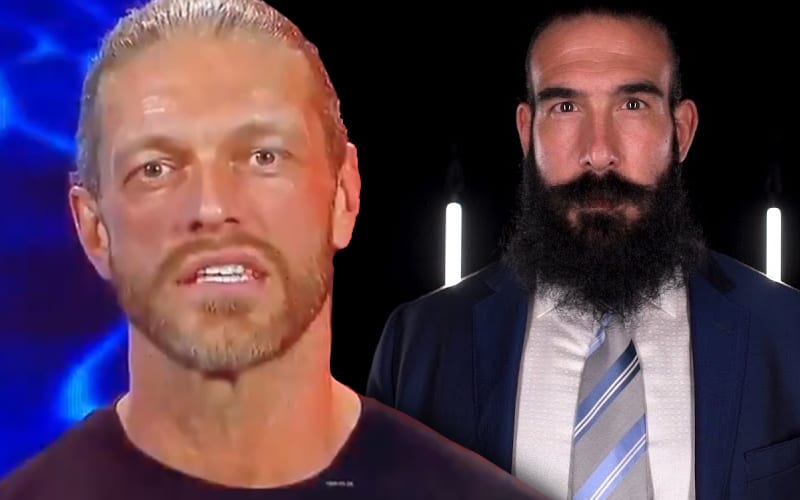 Edge had the opportunity to cut an opening video package for Hockey Night in Canada, a huge honor. He is a massive NHL fan, especially his Toronto Maple Leafs, but that’s not the shirt he wore.

The Rated R Superstar was sporting a Jon Huber dedication t-shirt while he cut his opening intro video. It was a nice touch to remember Brodie Lee, a man who loved hockey so very much, especially the Maple Leafs.

Edge received so many requests about his Jon Huber dedication t-shirt, that he had to address it on Twitter.

For all of those asking, the Jon Huber Forever shirt I wore tonight is from @ViolentGents with all proceeds going to Jon’s family. Any others are knock offs that don’t go to his family.

Brodie Lee meant a lot to so many people around the pro wrestling world, and the hockey world as well. Jon Huber’s memory will live on through those who knew him, and by the people involved with the sports he was so passionate about.

You can check out a video of Edge’s intro below.