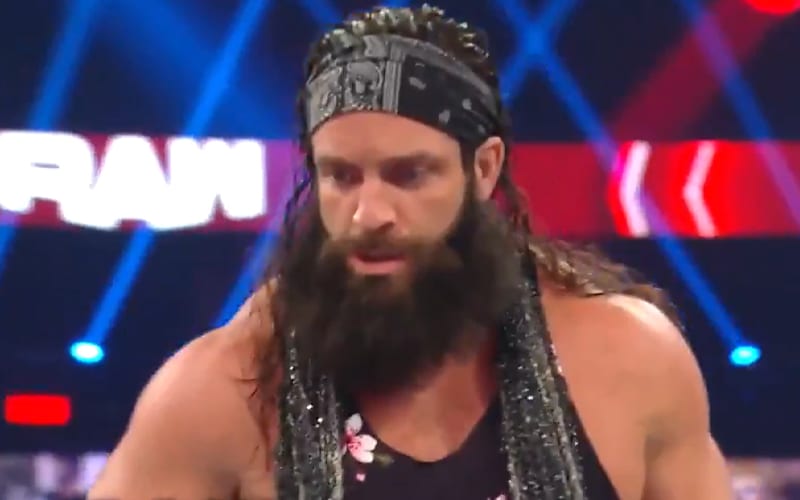 While speaking with Chasing Glory, Elias said that he was given an ultimatum by WWE. He needed to fix his character while he was in NXT. That led to the birth of The Drifter, but if he didn’t go that direction then Elias might have been wished the best in his future endeavors.

“One thing I became very aware of is that the people who said ‘no’ at my tryout, they were now in charge at my job and their minds didn’t change. William Regal always said yes, liked me, and got me through, but the people that said no, they were running the show. I didn’t know anybody in the business, so I’m an outsider to their crew and they can be protective in their circle. I was put on the list to be fired, multiple times in NXT. I was made aware of it two different times. You can imagine walking into work knowing ‘that guy right there wants to fire me.’ It makes you walk on eggshells, there’s extra pressure. There were a lot of ups and downs.”

“I had been pulled aside by the head of NXT at the time and he was like, ‘Listen, you have to come up with something for us and give us something. We’ll examine you in 30 days and maybe you’ll be better off somewhere else. Not everyone is meant to be a WWE superstar. Come to me with everything you’ve got and we’ll break it down.’”

“Over the next 30 days, I put together a character I refer to as The Judge or The Drifter, which is eventually what I became. I put together a vignette, merchandise, ways to debut, feuds, a whole packet. I presented it to him and he said, ‘This is good. Let’s meet and talk about it.’ He brings me into this roundtable room and everyone is there. Dusty Rhodes, Nick Dinsmore, everyone who worked there. He sits down, has my packet, and goes, ‘We all looked at it, it’s really good.’ Shoves it to the side and goes, ‘What else you got?’ I’m like, ‘….What?’ ‘What else you got?’”

“‘I spent the last 30 days making sure this was great. That’s what I put my effort into. You said it was good.’ ‘Yeah, it’s good, what else you got? Here’s the deal. I’m going to turn the lights off. When I turn the lights back on, you’re gonna give me something new.’ He turns the lights off, when he turns them back on, I start yelling at everyone in Italian. Dusty Rhodes goes, ‘Holy shit.’ Nick Dinsmore is like, ‘I got goosebumps.’ The guy that put me on the spot is like, ‘There it is.’”

Elias is a regular part of WWE programming. He’s drawn heat and received ovations around the world at this point. None of that would have ever happened if WWE didn’t give him another chance to focus on his character and figure out what walking with Elias really meant.

Thanks to Fightful For the quote