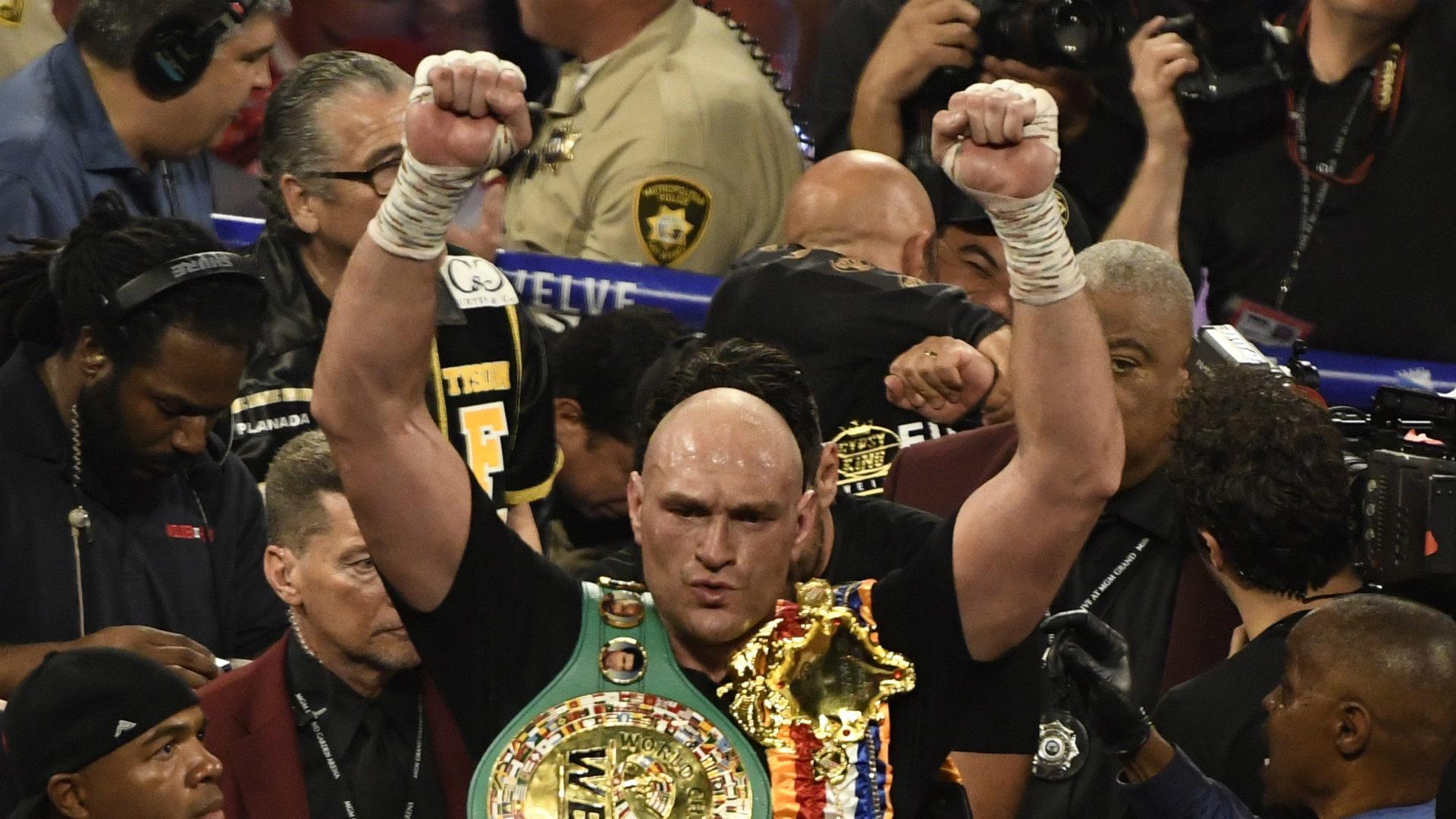 Tyson Fury has urged Anthony Joshua to “grow a pair and sign the contract” for a much-anticipated unification fight between the heavyweights.

Joshua knocked out Kubrat Pulev at Wembley Arena on Saturday to retain his IBF, WBA and WBO belts, in the process clearing another potential hurdle standing between himself and a lucrative showdown with Fury.

Promoter Eddie Hearn revealed on Sunday that an agreement could be in place for a “Battle of Britain” clash in May 2021 in the next “couple of days.”

Fury, who has not stepped in the ring since reclaiming the WBC heavyweight belt with victory over Deontay Wilder in February, has now ramped up the stakes by suggesting the deal hinges on Joshua.

Asked if he had a message for Joshua, he replied: “Grow a pair and sign the contract, big boy.”

Plans for a trilogy fight between Fury and Wilder in July were put on hold due to the coronavirus pandemic, while Joshua may yet be told by the WBO that he has to face mandatory challenger Oleksandr Usyk next.

Should an agreement finally be reached between Fury and Joshua for a two-fight deal, it will reportedly be worth $500 million (£372.47m).

“Well, that doesn’t sound too bad, but then again I don’t believe anything I see in the paper,” Fury said. “So yeah, we’ll see what’s going go on, but let’s hope this fight happens.”

He added: “All of these organizations will allow this fight – it’s the biggest one since Muhammad Ali fought George Foreman and the Rumble in the Jungle. it’s a massive fight. Oleksandr Usyk is a mandatory – but if that belt has to be vacated then I’m sure they’re going to do it to make the biggest fight of our generation.

“I’m willing, I hope he’s willing and let’s give the fans the fight they really want to see.”

Joshua finished Pulev with a brutal right in the ninth round, but Fury was not that impressed by his rival’s performance and vowed to get the job done inside four rounds.

“I’m not just saying it because he’s going to be a rival of mine and he’s going to be one of my opponents, but I’ve always said for a long time that I do believe Anthony Joshua’s tailor-made for somebody with my style,” he said.

“I think it’s going be one of the most explosive, quickest fights you’re going to see. I’m aiming to take him out inside four rounds.”