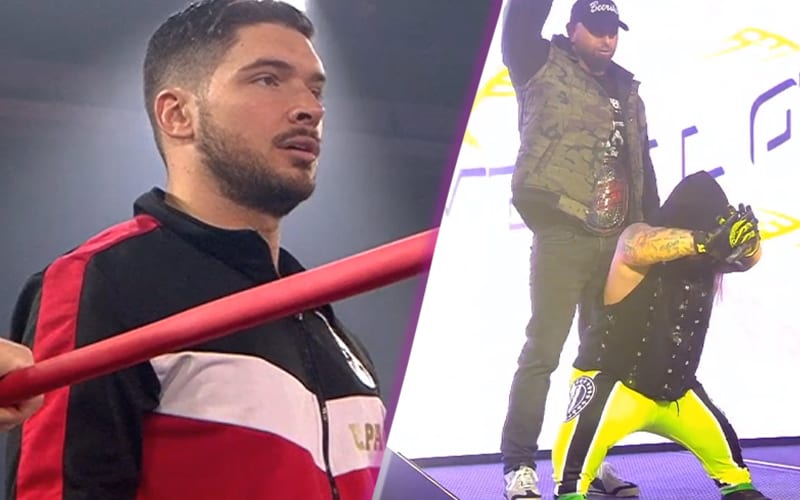 Ethan Page had a lot on his plate this week on Impact Wrestling. He needed to beat a “Phenomenal Opponent” in order to secure an Impact Wrestling Tag Team Title shot for The North. He didn’t count on Swoggle.

Karl Anderson came out and introduced The Good Brothers’ special surprise. We previously reported that Swoggle debuted an AJ Styles parody gimmick, and it was something else, complete with full AJ Style TNA entrance music.

All Ego seemed a bit worried as his inner TNA fanboy remembered all the opponents that AJ Styles defeated in the ring. Then he remembered that AJ Styles is locked tightly into a WWE contract as Swoggle took the stage.

Swoggle was able to score a pinfall victory over Page with a roll-up pin. This came after a short match that included Karl Anderson taking out Josh Alexander at ringside. For the record, Ethan Page is sticking with the story that his shoulder was up.

This was a big loss for Ethan Page, and for The North. Now they can not challenge for the Impact Wrestling Tag Team Titles.

As we previously reported, Ethan Page’s Impact Wrestling contract is up at the end of December. The North aren’t any closer to getting their titles back before he must make an important career decision.