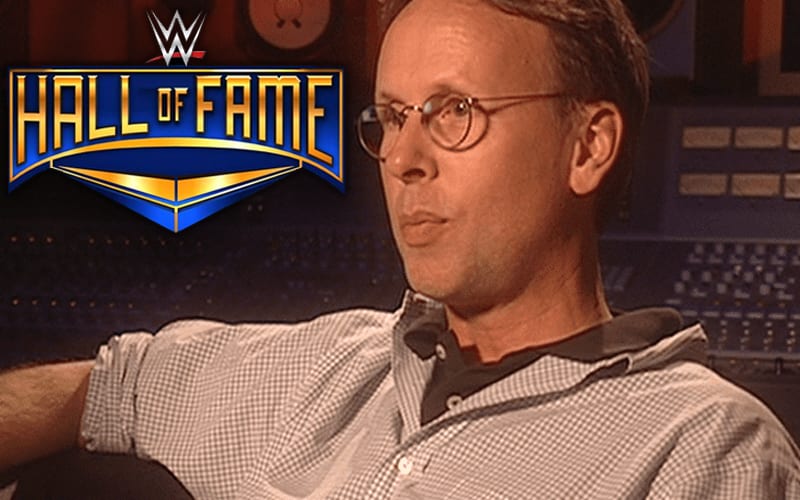 WWE parted ways with longtime composer Jim Johnston in November, 2017. He has struggled to find work since then due to the stigma on pro wrestling. There are a lot of fans who wonder why the company hasn’t honored him for all of his contributions.

The WWE Hall Of Fame features many people who changed the company’s landscape. Johnston’s work played several times every night for years as each Superstar made their entrance. He created a new atmosphere with each theme song, but he has yet to be inducted into the WWE Hall Of Fame.

While speaking to Vice, Johnston said that he hasn’t been invited to the WWE Hall Of Fame, and that is puzzling. He wonders what else he would need to contribute before that comes to pass for him.

“If I said no it would be because of getting fired not because of stage fright. From my perspective, it’s one of those kind of weird things where you’re of very differing conflicting views on something. On a practical level getting outside myself, it is bizarre that I haven’t been asked. I have to ask what do you have to accomplish to get in?”

People like Donald Trump, Drew Carey, and Sylvester Stallone are in the WWE Hall Of Fame. It is still a mystery for Jim Johnston as to what it takes to receive an induction.

“I don’t think anybody does. At the same time, I got the emotional part like wait a second, where are we? You decided to boot my ass out the door and now you’re saying we want you in the Hall Of Fame so make up your mind.”

It’s hard to imagine someone having more of an influence on WWE than the man who composed so many theme songs that created those huge crowd pops. We’ll have to see if WWE finally calls Johnston’s name. The final decision for the WWE Hall Of Fame is, and always has been, up to Vince McMahon.