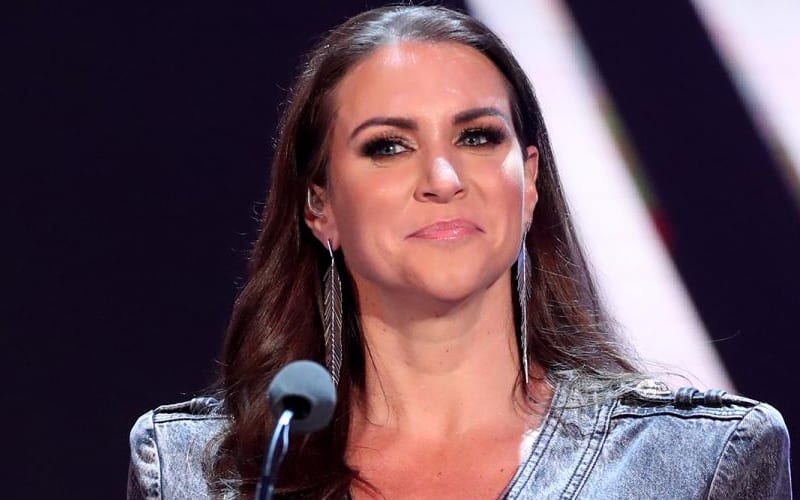 WWE Superstars are all unique in their own way, and each personal brand can be promoted differently. The company often touts their huge social media numbers while adding in all the followers that the company’s Superstars have in the process.

The company recently banned Superstars from third party platforms. Twitch and Cameo accounts were taken down across the roster. This caused a fair amount of controversy, but the company still wants talent to have a chance to express themselves according to Stephanie McMahon.

While speaking to The Playbook podcast, Stephanie McMahon went into how WWE promotes individual stars. She said that fans want to connect with those stars on a personal level. She did not mention Twitch and Cameo specifically, but those were two platforms that Superstars did previous uses on a frequent basis to connect with their fans.

“One of the things that we understood early on is star power. It’s about the attraction, it’s about the draw. Whether it’s a live event or you’re trying to drive television ratings or social media engagement, you have to have star power. For us, we try to amplify the individual stars so we can create the biggest moats around them.”

“They need to have individual voices. They need to be their own personas. Now, in the digital and social age, the audience wants to engage with these stars on a personal level. ‘I know you play this particular character, but who are you in real life? Do you have pets? What do you like to eat?’”

“People want to relate. At the end of the day, the audience might not relate to a brand, to the WWE or another league, but they might relate to a team or an individual star.”

“More and more, you’re seeing that in the media space. Whether it’s content creators on TikTok or Twitch, you see these consumers and people getting behind the content creators and influencers individually because they relate to them. It’s different ways for every person. if you can create the opportunities for engagement, then the rising tide will raise all boats,”

WWE wants to present their Superstars in a way where fans can connect with them, but they obviously don’t want to lose that ever-present element of control.

The company started virtual meet & greets to make up for the loss of Cameo accounts. They are preparing to beef up their presence on Twitch, recently putting up a job opening for someone to spearhead that effort.