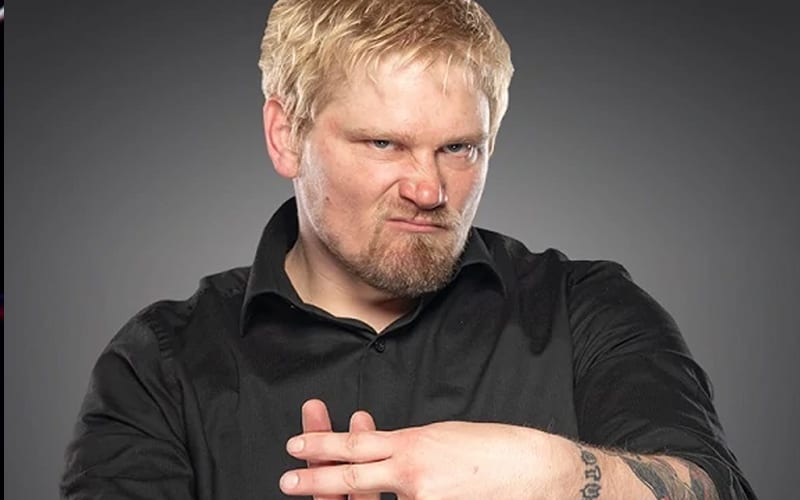 Jake Crist left Impact Wrestling, and he is now off to the next chapter in his career. He seems pretty happy about things too.

While speaking to Wrestling Inc, Jake Crist said that he’s happy and “just motivated more than ever right now.” He also said that he “found inner peace” within himself.

Crist said that he has no negativity in his life causing heat with anyone right now. His Impact Wrestling contract was up on January 1st, 2021. He also admitted that his issues with the company came to a breakdown in communications.

“My contract was up January 1 anyways. I didn’t think there was going to be any type of renewal or anything like that. I finally got ahold of the office, and I told them I had a couple opportunities coming up that I wouldn’t mind if I could jump on those. And they granted that to me. So here I am. Now, I’m free agent, can’t be more happy. I was still under contract for six months not being used and sitting at home.”

“Pretty much, yes. I wasn’t hearing anything back. I thought with the things that I’ve done for the company, the way they treated it, I thought it could have been handled… but I also understand too them wanting to distance and do everything. Like I said, there’s no hard feelings, and I wish them nothing but the best. And I have a lot of friends that still work for the company, and like I said, nothing but the best for them.”

Impact Wrestling released Jake’s brother Dave Crist during the #SpeakingOut Movement. This could have led to some collateral damage in the form of his brother not getting booked for the company. Now Jake Crist is gone, but he seems okay with the way things turned out.