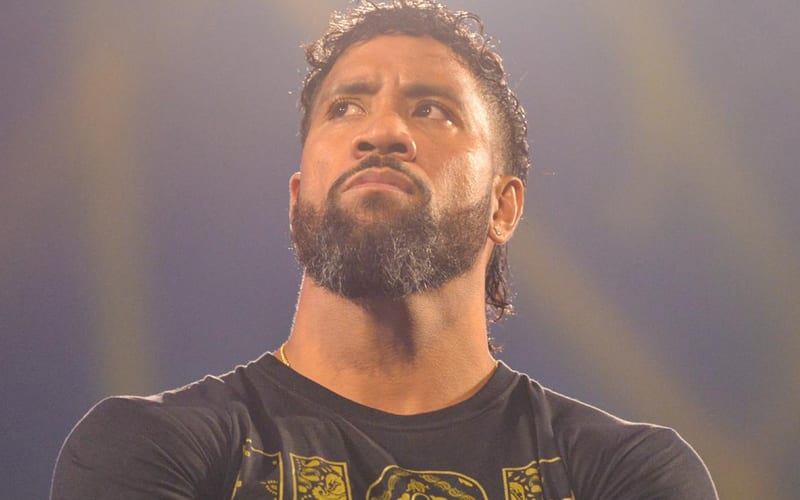 The Usos banded together in Jey’s feud with Roman Reigns. Now Jimmy Uso is in the situation as well. If Jey doesn’t fall in line, provided he loses at Hell in a Cell, then the Usos are cut out of the family. That includes their wives, and Naomi isn’t pleased about that.

Following SmackDown, The Usos cut an interview for the camera backstage. They were asked how they came up with the idea to “get one over on Roman” this week. They were very proud of themselves.

Jey said that usually Jimmy’s plans don’t work, but this time it did. Jimmy said that it’s nothing new for their plans to come together. Jey Uso then took a moment to address how great it will feel to defeat Roman Reigns with everything on the line at Hell In A Cell this Sunday.

“He put a lot out there tonight. The consequences and whatnot he put a lot out there, I ain’t gonna lie, but man, what are we supposed to do Uce? Run away, lay down? We keep it rolling, Uce. We ain’t gonna do ish, but keep it lit, Uce. You saw at Clash of Champions. I showed my heart. Sunday at Hell in a Cell I’m about to show my heart again, baby, and it is what it is.”

Jey Uso is very pumped to take on Roman Reigns at Hell in a Cell. We’ll have to see how much punishment he takes before the thought crosses his mind that he might need to say “I Quit.”