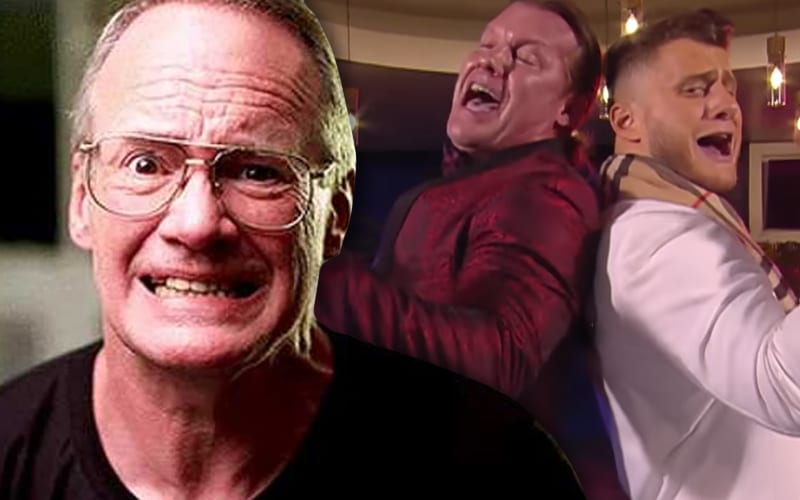 Chris Jericho and MJF surprised AEW fans with Le Dinner Debonair, a musical parody of “Me and My Shadow,” which they received permission from the Frank Sinatra estate to do. This song and dance number was quite a unique presentation, and Chris Jericho was happy to say their experiment worked. Jim Cornette is not a fan.

Cornette proceeded to apologize for ever saying anything good about anybody. He said that MJF was the only good heel AEW had, the only believable one, and now he is ruined.

“MJF had it. The one guy, the one guy on their entire roster that not only had it, but he was still young enough to use it. The one heel that knew and worked and talked like he was supposed to be and he’s blown the image.”

Cornette might not have been a fan, but a lot of AEW fans really enjoyed the unique segment. We’ll have to see if AEW pulls another music number out of their sleeve in the future, but now we know it’s 100% within the realm of possibility.

Jim Cornette said a lot more in his over 18-minute rant about Le Dinner Debonair. If you would like to hear the entire thing you can check it out below.