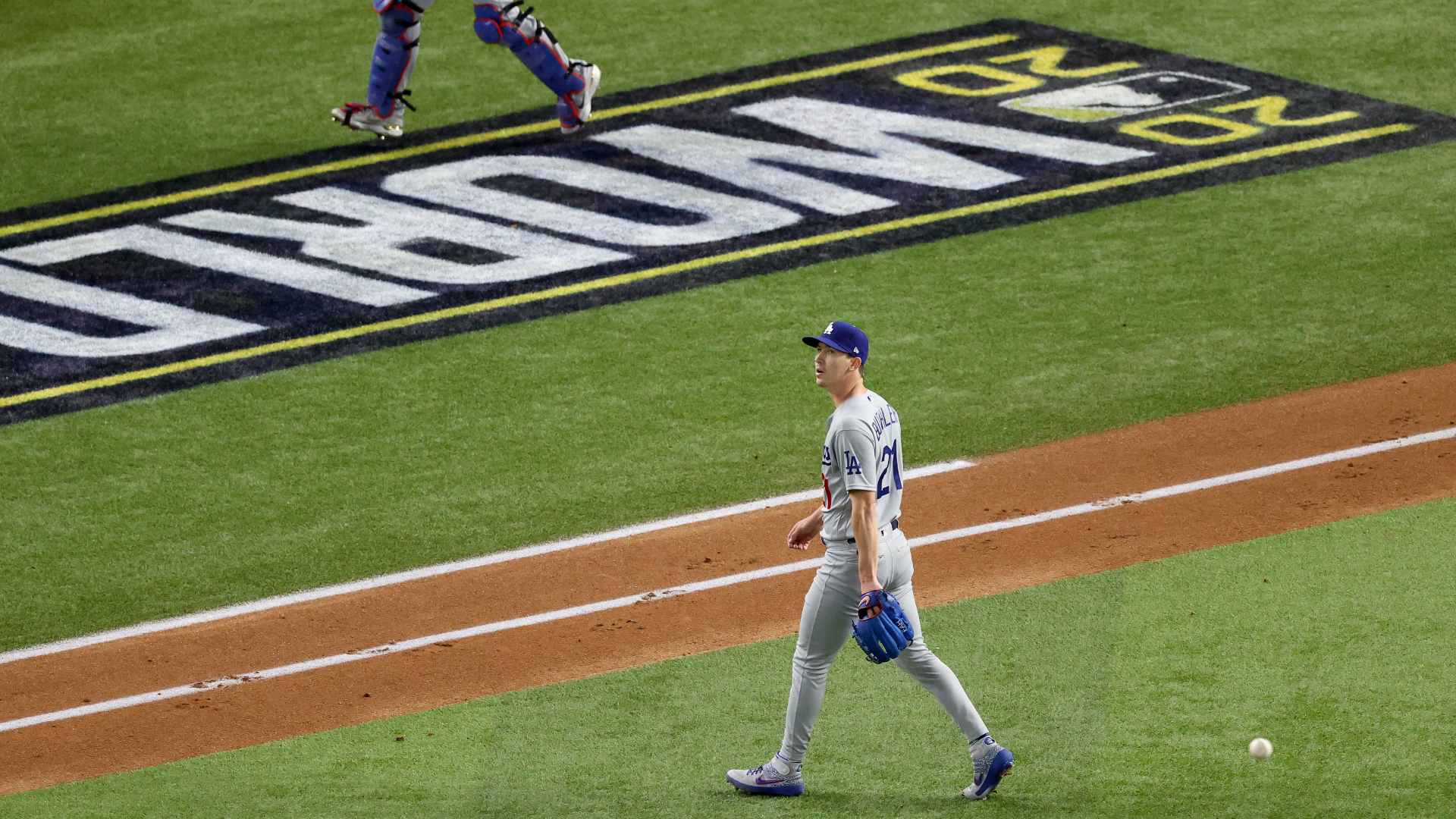 For as omnipresent as Clayton Kershaw has been in the national baseball picture during his career, Dodgers right-hander Walker Buehler could be an even greater October fixture by the end of his time in Los Angeles.

Buehler is up to 61 1/3 career playoff innings pitched after six frames of one-run ball Friday in Game 3 of the World Series. When Kershaw was Buehler’s age, he’d tossed 37 2/3 postseason innings.

At 26, Buehler already has World Series master classes in two different seasons (he went seven scoreless in Game 3 of the 2018 Fall Classic). His career playoff ERA is 2.35. His 10-strikeout performance in a 6-2 win over the Rays might have been his most memorable high-stakes showing to date, and one that sets the Dodgers up well to finally end their championship drought.

Tampa Bay hitters whiffed on 18 of their 52 swings against Buehler. They didn’t record a hit until the fifth inning, when the Dodgers already held a big lead. If the Rays manage to push the World Series to Game 7, then they would have to meet the skinny Vanderbilt product again in a matchup that clearly will put them at a disadvantage.

“That might have been the best I’ve ever seen his stuff,” said Dodgers catcher Austin Barnes.

Buehler might not evolve into the regular-season standout some peers in his age group will become — though he still has time to get there. Indians right-hander Shane Bieber, for example, is coming off an untouchable year that should net him a Cy Young award.

But it’s rare for anyone to get the raw postseason opportunity Buehler has had to this point, not to mention his accompanying success. The Dodgers are expected to be a playoff force for years to come, so as Buehler gets older, the October resume will probably continue to build.

“The more you do these things, the calmer you get,” Buehler said. “I feel good in these spots.”

His triple-option fastball/knuckle-curve/slider attack, then, should engrain itself in the minds of baseball fans around the country in a manner no one else in his generation of hard-throwing starters can hope to achieve.

“Being a big-game pitcher and really succeeding on this stage, there’s only a few guys (like that),” said Dodgers manager Dave Roberts. “He’s really in elite company. I’m just happy he’s wearing a Dodgers uniform.”