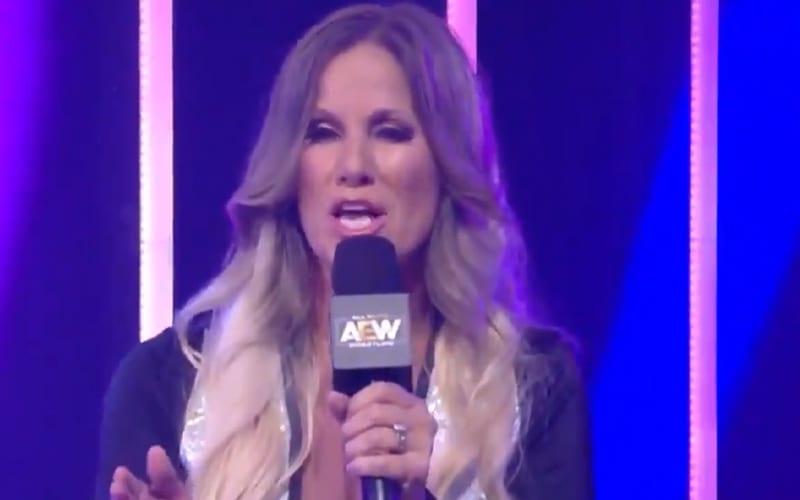 AEW introduced Sting to the picture this week at Winter Is Coming. The entire pro wrestling world reacted. Sting’s age of 61-years-old was not lost on anyone either.

Madusa wanted to make a point when she replied to a meme that compared fans who complained about Goldberg competing at 49-years-old to Sting arriving in AEW at 61.

The WWE Hall Of Famer wanted to make it clear that no promotion is giving the same chance to a female star from the golden age. Madusa was quite upset about this and she dropped a couple F-Bombs to make her point.

And what about the well aged, talented F*CKING WOMEN? Show me one f*cking promotion that promotes a golden era woman BEFORE the attitude era… OK I’m waiting. still sick of this noise.

Madusa has a point. WWE brought back Trish Stratus and Lita, but they haven’t called Madusa about a return match. This is obviously a subject that means a lot to her and it’s not hard to see her point either.

AEW also brought Madusa into the company for a small cameo in the past, but she hasn’t been brought back since.