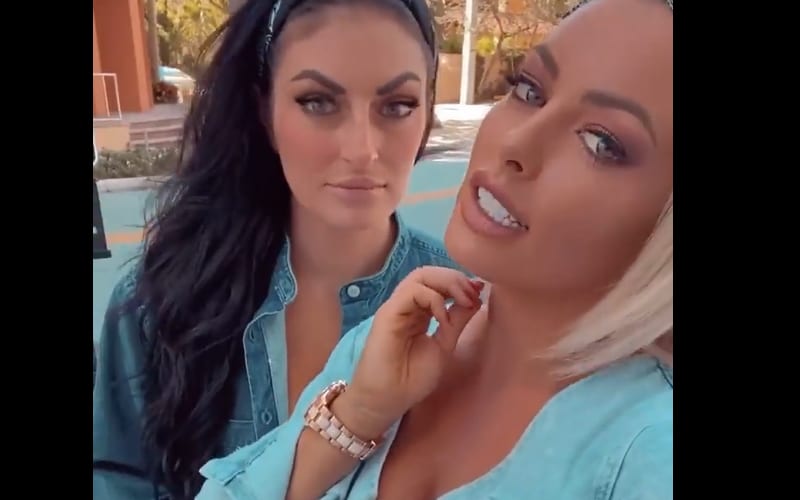 Mandy Rose and Sonya Deville feuded through SummerSlam, and then Deville had to leave WWE. They made their match a Loser Leaves WWE match after the Hair vs Hair stipulation was nixed due to Deville’s legal issues with her stalker. Please read all about that change in SummerSlam plans here. Rose and Deville made up, and now they’re back in front of the camera together.

The former Fire & Desire team recently posed for a new photo shoot. They were clad in revealing denim outfits, and looked very happy to be on the set. The two old friends also looked just as close as ever.

Mandy Rose uploaded a video of herself and Deville to her Instagram story. This short clip was taken during some of their downtime between poses.

Sonya Deville’s current stalker situation isn’t going away for a while. He is incarcerated and she was granted a permanent injunction on him, but that trial isn’t likely to be over until the Summer.

At least Sonya Deville is active on social media. She recently posted a message to let fans know that she doesn’t see them all as psychopaths. Deville also made it abundantly clear that she isn’t afraid to call the authorities if fans go too far.

You can check out the video below from Ringside News’ Official Instagram page.