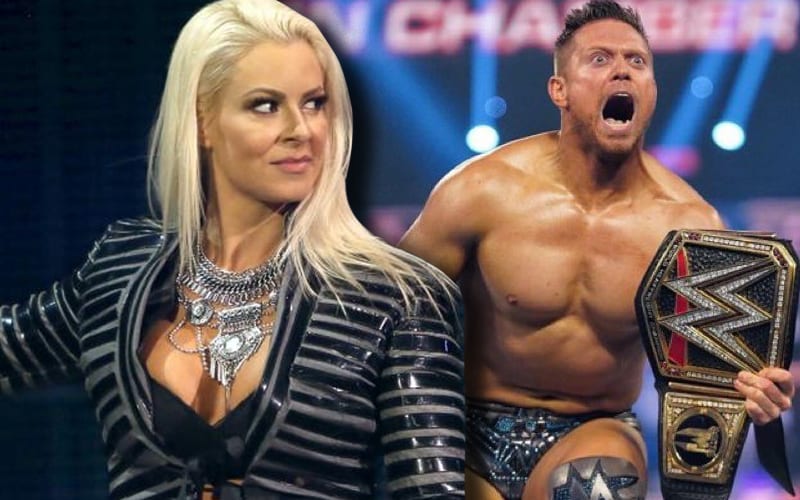 The Miz surprised the WWE Universe when he finally cashed in his Money In The Bank briefcase and became WWE Champion at Elimination Chamber. He took advantage of the perfect moment as Drew McIntyre was exhausted after a hard-fought win in the Chamber.

Maryse was paying attention to Elimination Chamber at home. She only had two words to reply after watching her husband win the WWE Tile.

The Miz was originally slated to be in the Elimination Chamber match, but he pulled himself out of the contest. That should have been our first clue that the A-Lister had something up his sleeve. Now his road to WrestleMania just got a lot more interesting.