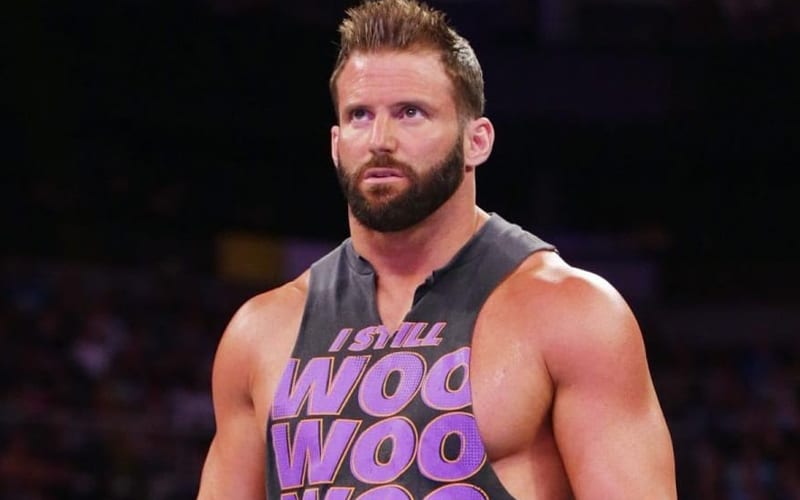 Impact Wrestling star Matt Cardona spent several years working in WWE, where he was known as Zack Ryder. While he had decent success during his time there, many fans felt that his booking was subpar at best and that Ryder was underutilized.

“Basically, disrespectful for being on your phone, blah, blah, blah and he’s pretty pissed and I’m like, ‘Okay, this is The Undertaker, locker room leader, pissed.’ So afterwards, like Mark Henry, he pulls us aside and he’s like, ‘What up dude?’ But he says, ‘You need to apologize to Undertaker’ and I’m like, ‘Okay, you’re absolutely right.’ So Hawkins and I, we pull him aside, we apologize and he’s super cool about it, super cool, because we were very respectful. Super cool. He’s like, ‘You really need to apologize to the guys in the main event, okay?’ So we’re like, ‘Okay, we’ll apologize to Vladimir Kozlov’ which I don’t even know if we did. I’m cringing right now thinking about it, but now, we have to stooge ourselves off to Triple H. So Triple H, I’ll never forget this. He’s like in a private dressing room and we’re like, ‘Um, excuse me Triple H. Um, we were on our cell phones during your match, we’re really, really sorry. That was very disrespectful,’ whatever we said, you know? And he played it off like he didn’t care.”

Cardona added that he and Hawkins were worried about their future in the company as they were not part of the Edgeheads around that time.

Both Cardona and Brian Myers are both engaged in a storyline in Impact Wrestling and certainly seem to be happy working in the company.