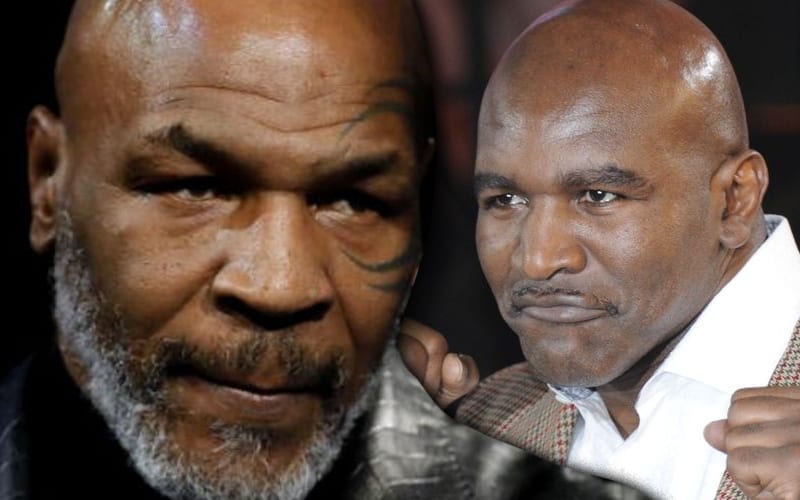 Mike Tyson and Evander Holyfield were supposed to hash things out for a third time, but that big money match just didn’t cash in .

The third fight between the two boxing legends has been called off after talks fell apart. Kris Lawrence said: “We thought this was a done deal but it quickly fell apart when Tyson’s people declined all offers. We were negotiating in good faith all along and it appears we just ended up wasting our time.”

Tyson was hyping a May 29th date for his fight. Fans also made plenty of jokes about the 54 year old Tyson taking a bite out of Holyfield’s ear again. He also named the venue as the Hard Rock Stadium in Miami.

Mike Tyson didn’t name his opponent for his next fight. It won’t be Holyfield according the Evander’s camp. They had “intense talks for several months,” but it didn’t work out. TMZ got a statement out of Evander Holyfield’s people:

“Team Holyfield sincerely believed a deal was imminent, especially after the Hard Rock threw its support behind the project, and there were multiple other offers conveyed to Team Tyson.”

“However, Team Tyson’s demands recently became untenable, and not what Mike Tyson had originally agreed on in direct conversations with Holyfield.”

It was reported that the two boxers were talking about a 50/50 cut of the profit, Iron Mike wanted a bigger cut. That was likely the sticking point that ruined talks.