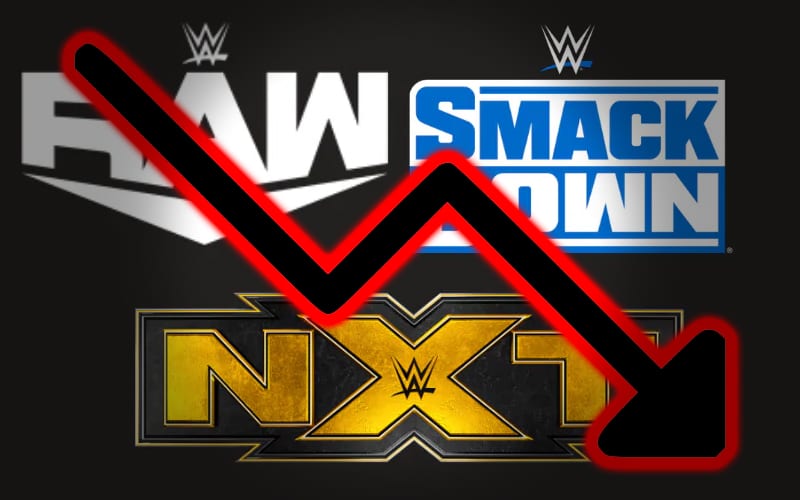 Last week’s episode of Monday Night RAW drew a record low viewership, which the USA Network certainly did not take kindly to. The company is well aware of what happened and it seems they are trying to improve the situation.

This week’s episode of Monday Night RAW received a slightly better viewership, but it might not be enough.

Jim Cornette recently spoke on his Drive-Thru podcast, where he discussed WWE’s declining ratings. He explained that WWE has caused a lot of needless damage to the product over the last few years, which the company has to undo.

He mentioned Otis and Tucker, who are adults but act like children and have the mentality of children as well.

“It’s just, you have to undo a lot of needless damage that’s been done over the past few years where it’s just silliness. Just f**king silliness. We’ve talked about this. They have some of it on NXT but the majority of it’s on Raw where grown adults – Otis or Tucky or whoever – grown adults act like children with the mentality of children where they do and say things that nobody would ever do and say. And it’s obviously all tongue-in-cheek. It’s sketch comedy on the level of hee-haw. And then they have matches where most of the guys do the same s**t as everybody else does, and it’s just on this program they all look physically better and they’re better trained. But they’re not doing anything with some grit or realism to it, and it doesn’t have to be adult.

Cornette then addressed the general consensus that WWE becoming PG is what has led to its downfall in ratings. He revealed that Mid-South Wrestling was PG in 1984, but it still had blood and violence.

Cornette explained that it is not about being PG or Rated-R, it is about being adult and real violence as opposed to play violence. He wants wrestlers to be more genuine and that the product should be more serious in nature.

Cornette mentioned how Superstars such as WALTER or Kyle O’Reilly actually look like they are serious about wrestling and that is how they will get fans invested in the product.

“I see the people saying ‘they went PG and it ruined them.’ Mid-South Wrestling was PG in 1984. We couldn’t cuss on television, broadcast TV at least in 1984, you couldn’t say – they didn’t want you to say – ‘crap.’ Innuendo was out. Except for violence and blood, wrestling had the cleanest language of anything on television. And there was no boobies, and there was no d**ks hanging out, and there was no sexual content. Except for then during the mid-80s the valet wars where you got to see women dressed in five times as much as they wear on any of the WWE programs now.

“It’s not about being PG or rated-R, it’s about being adult and real violence versus play violence, and creating or exposing or finding and letting them be real characters Pinocchio, real talent. That talks like they would talk and they wrestle like they would wrestle, and you put importance in either the matches or who wins the matches or what happens in the matches. Or whether people play by the rules. Or whether they cheat, or whether they steal something, or whether they lie about something. And you get the guys on your roster, whether it be anybody from WALTER to Kyle O’Reilly that actually look like they’re serious about this s**t and can pull it off, can that’s the way you get people invested. And then you give them some interesting things to f**king fuss over. And that’s sometimes the easiest part of it. Because once you get good talent you get the fans educated to the fact your product is serious and it ain’t f**king showbiz wrestling, then there’s all kinds of cool reasons for those people on the roster to f**king want to f**k each other in the ass.

“But they ain’t gonna do any of that, so I don’t know what they ought to do.”

WWE RAW will be holding a ‘Legends Night’ on the first episode of 2021, for which they have high hopes. We will have to see if WWE will be able to improve their declining ratings.

h/t to Wrestle Talk for the quotes.

Do you agree with what Jim Cornette said? Let us know in the comments below!