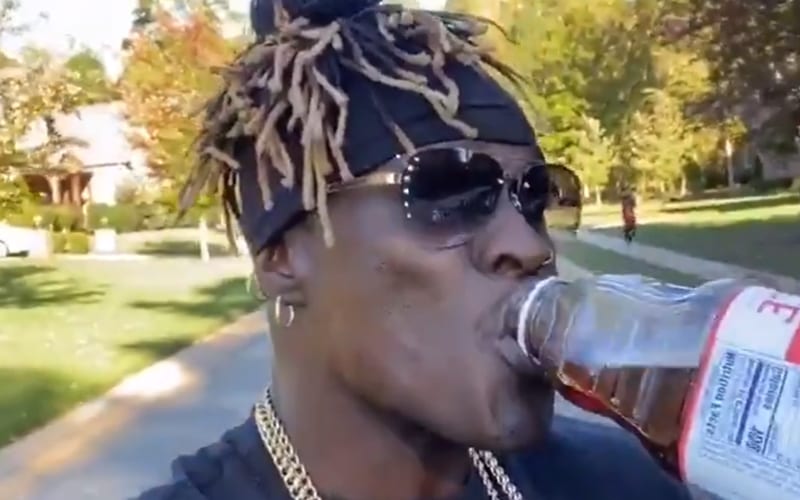 R-Truth is up on all the viral sensations, and he couldn’t miss out on taking part another one.

Skateboarder Nathan Apodaca reached viral fame status with a TikTok video of himself cruising around, drinking juice, and swigging some Ocean Spray. Fleetwood Mac’s “Dreams” was the soundtrack, and he didn’t sing along until the end. R-Truth had to try his hand at it, so he got some juice and took a little ride.

Truth did his own version of this video as so many others have since the original version went viral. Nathan Apodaca did the original video, no matter how many people replicate him. Also, Fleetwood Mac is probably getting a massive royalty check that they weren’t expecting.

You can check out R-Truth’s version of Nathan Apodaca’s Fleetwood Mack “Dreams” TikTok video below. Also, we’ve embedded the entire Dreams song below just in case it gets stuck in your head as is likely to happen.